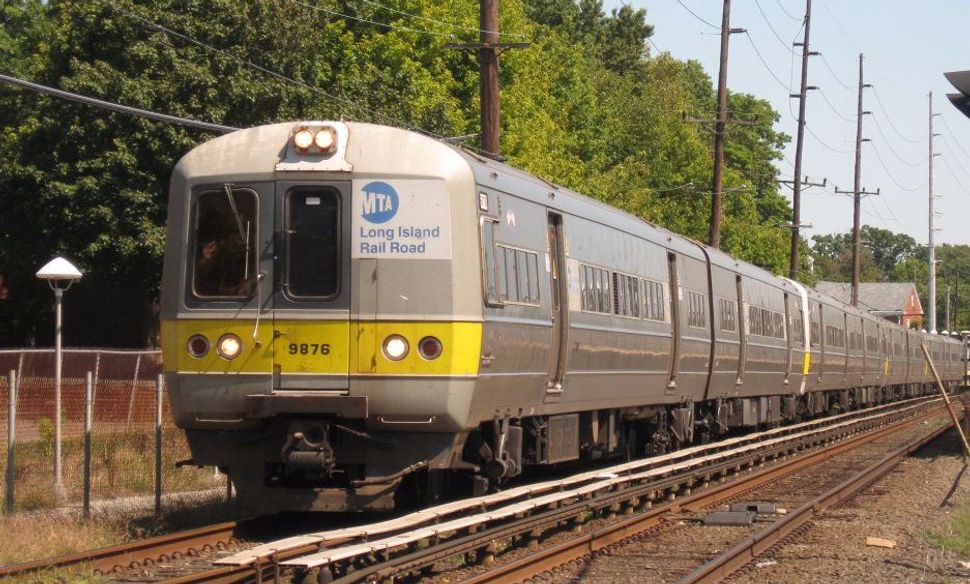 — A swastika carved into a seat on the Long Island Rail Road in New York captured the attention of a commuter, who took a photo of the offending symbol and tweeted it.

“This is a new one @LIRR swastika carved into seat in car 7170 511 train to FR. This goes way beyond poor service,” Jake Adler tweeted on Monday afternoon. Adler is a policy director for New York state for the Orthodox Union Advocacy Center.

This is a new one @LIRR swastika carved into seat in car 7170 511 train to FR. This goes way beyond poor service pic.twitter.com/APFleZvtAl

He tweeted again on Monday morning after finding that the swastika remained on the train seat: “@LIRR good morning just curious how many riders will see a swastika today in car 7170 since y’all clearly don’t seem to mind.”

The Long Island Rail Road responded an hour later in a tweet saying: “We take these matters very seriously and have reported the car for immediate servicing. TY for bringing this to our attn.”

The railroad took the car out of service to replace the seat. The incident is being investigated.

Workers check for vandalism and graffiti on the trains every day, a spokesperson told NBC New York.