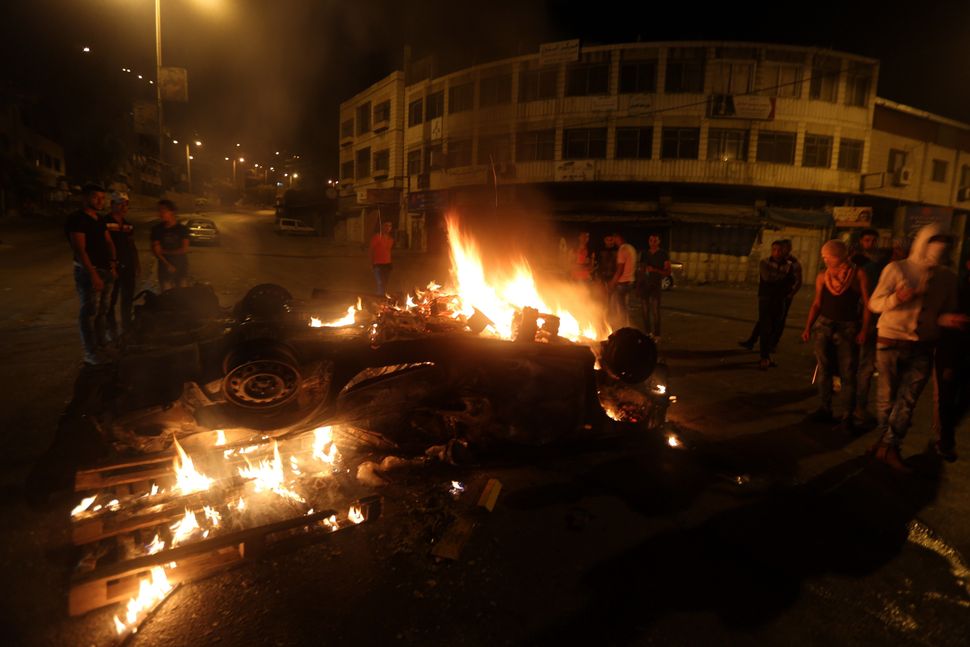 The local Palestinians threw rocks and firebombs at the Israel Defense Forces soldiers guarding the worshippers, as well as at the tomb, according to the IDF. No damage or injuries were reported.

Some 14 buses carrying 700 pilgrims entered Nablus early after midnight on Thursday morning.  The visits are scheduled for late at night to minimize friction.

The tomb is located in an area of the West Bank that is under the exclusive military and civilian control of the Palestinian Authority.

On September 1, an Israeli soldier was shot by live fire which came from the nearby Balata refugee camp while protecting worshippers at the site.

Joseph’s Tomb is also holy to Muslims and Christians. Israeli Jews must receive permission to visit the purported burial place of the Jewish patriarch; the visits must be coordinated with the Israel Defense Forces. Nablus is under military and civilian control of the Palestinian Authority.

Under the 1993 Oslo Accords, the site was to remain under Israeli control. The Israeli army evacuated the premises in October 2000 during the second intifada and it was burnt down by Palestinians. It was renovated and restored, but then torched and vandalized again last October.

Jewish worshippers, in coordination with the IDF, make monthly nocturnal pilgrimages to the refurbished site.