Did Shabbat Keep One Orthodox Business Safe From Chelsea Bombing? 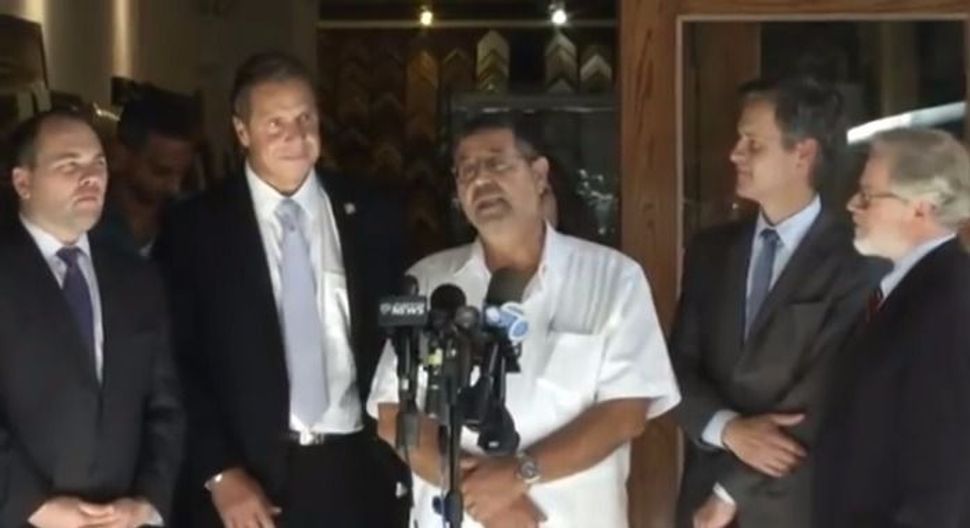 Shabbat is often a good excuse to cut out of work and relax. But on Saturday night in Chelsea, it was more than that, as employees at a Sabbath-observant store in Chelsea escaped harm from the Saturday night explosion in that neighborhood.

Arriving at the King David Gallery two days after the blast, owner David Peretz returned to a broken storefront and damaged merchandise.

But since the Orthodox Jew closes shop for the Jewish sabbath, he and all his workers were at home when the blast erupted.

“God was watching us,” he told the New York Times. “There’s no question about it.”

Peretz, who moved to the United States three decades ago after someone threw a Molotov cocktail into his wife’s car, also spoke at a Tuesday press conference with New York Gov. Andrew Cuomo and other elected officials.

“Don’t let the terrorist scare us. If they scare us, where are we going to go? I am here because of what is happening in Israel,” he said in a thick Sabra accent.

Did Shabbat Keep One Orthodox Business Safe From Chelsea Bombing?