Shimon Peres Lauded by Jewish Groups as ‘Friend’ and Peacemaker 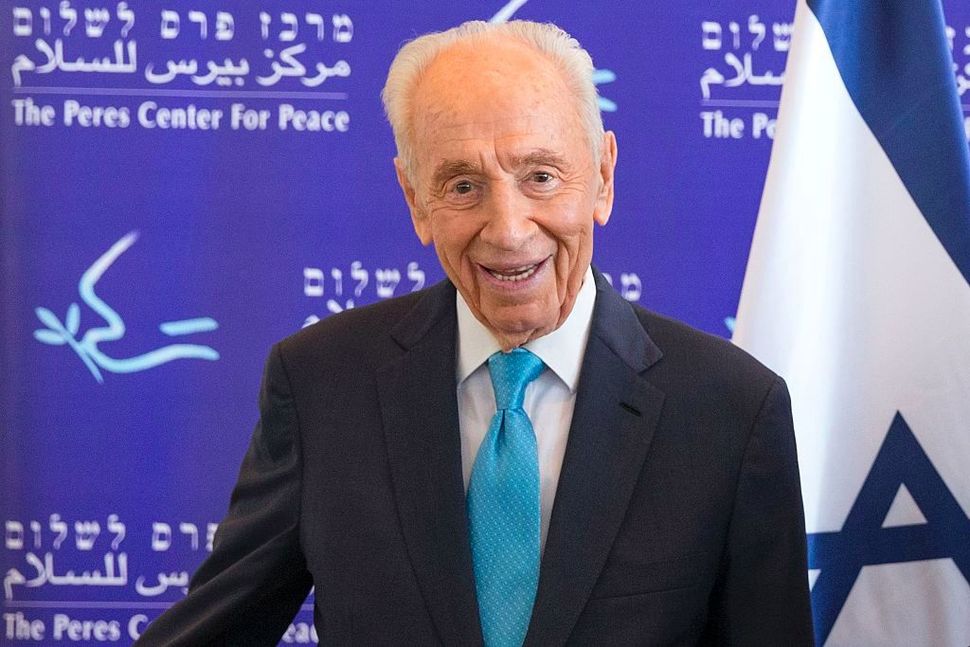 — Jewish groups in Israel, the United States and around the world lauded former Israeli president Shimon Peres, who died on Wednesday, as a respected leader and a warrior for peace.

“Peres was always driven by a deep sense of responsibility toward the entire Jewish people. He concerned himself with the fate and future of the entire nation, but also with each of its sons and daughters, both near and far,” Natan Sharansky, chairman of the Executive of the Jewish Agency for Israel said.

Sharansky recalled that Peres was “the first Israeli” he saw when he arrived from Russia after his many years in prison and that he would always remember the then-prime minister as “the individual who started the Israeli chapter of my life.”

Peres served as president of Israel from 2007 to 2014. He served twice for short terms as prime minister.

Hadassah, The Women’s Zionist Organization of America, Inc. President Ellen Hershkin said her organization lost more than a powerful senior statesman and peacemaker. “We have lost more than a strong defender of Israel, a winner of the Nobel Peace Prize and a father of the Oslo Accords, a past prime minister and president.” Her members, she said, have lost “a friend.”

“An important part of our people is no longer with us and our collective heart is aching.” European Jewish Council President Moshe Kantor said in a statement.

“Peres had extraordinary energy, boundless optimism, and future-oriented vision, not only about the possibilities of peace and coexistence in the region, but also about the exciting pathways of new technologies for the benefit of humankind—from nano-science to mapping the brain,” said American Jewish Committee CEO David Harris, who met with Peres many times both in Israel and the U.S.

Peres reached the peak of his popularity while serving as the country’s president, according to the AJC statement. “Liberated from the constraints of partisan politics, he emerged as a revered symbol of national unity and a visionary spokesman for peace between Israel and its neighbors,” it said.

The Anti Defamation League called Peres “the diplomatic, political and social innovation face of Israel over a seven-decade career.”

“His moderation and insight not only drew world leaders and dignitaries to meet and consult with him, but also served Israel in its ongoing fight against delegitimization and other anti-Israel forces,” Marvin  Nathan, ADL National Chair, and Jonathan Greenblatt, ADL CEO said in a statement. They marveled that Peres had recently taken up skydiving alongside his work to “promote social innovation and new advanced technologies for international social change and the greater good.”

“The history of the State of Israel cannot be written without including Peres and his myriad accomplishments during a nearly 70-year career in public service,” Bnai Brith International said in a statement.

Rabbi Rick Jacobs, president of the New York-based Union for Reform Judaism, said Peres “was a tough minded lover of peace who understood that Israel lives in a dangerous neighborhood and must have the deterrence it needs, but that in the end, the best deterrence is hope for a better tomorrow, and promoting the wisdom and creativity of the Israeli people on the world stage, while also ensuring that Israel engages significantly in a global arena.”

“We have truly lost a giant, but we have not lost the resolve to continue to dream and to continue to strive for an Israel that lives side by side with its neighbors, in peace and with justice,” Jacobs said.

Women of the Wall’s Anat Hoffman praised Peres for his championing of equal rights for women, something she said Peres did “from his days as a young soldier in the trenches to his last days as an elder statesman pursuing peace in the Middle East.”

The Israeli American Council praised Peres as “a giant of our time,” saying he “absorbed nearly a century of Jewish experience and used it to build a strong and vibrant state of Israel and pursue peace.”

The Yad Vashem Holocaust memorial lauded Peres as “a dedicated supporter of teaching the legacy of the Shoah, so that the Jewish people – and all humanity – may have a brighter future.  Shimon Peres worked tirelessly to further the causes of justice and peace for all humankind. ”

Shimon Peres Lauded by Jewish Groups as ‘Friend’ and Peacemaker