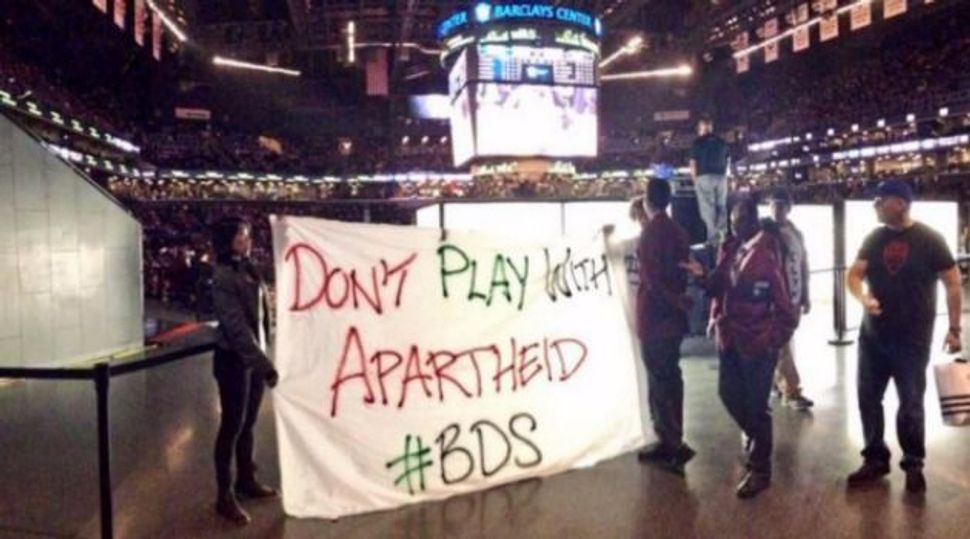 —  A New York man was convicted of assaulting the head of the Brooklyn Jewish Y, but acquitted on the additional hate crimes charges.

Shawn Schraeder, 27, of Queens, punched Leonard Petlakh, the executive director of the Kings Bay Y, in the face following an exhibition basketball game in October 2014  at Barclay’s Center between the Brooklyn Nets and Israel’s Maccabi Tel Aviv. Petlakh was there with his two young children.

The jury agreed with Schraeder’s attorney that whoever punched Petlakh could not have known whether he was Jewish or Israeli in handing down the decision on Wednesday, the New York Daily News reported.

Schrader was convicted of assault, menacing and endangering the welfare of a child.

Fans verbally sparred inside the arena as the game was ending. Pro-Palestinian protesters began shouting anti-Israel slogans, Petlakh told JTA at the time of the incident, and a pro-Israel fan grabbed a Palestinian flag from one of them.

As the crowds spilled out of the arena and onto the street one of the protesters took a swing at Petlakh, who was there with his 14- and 10-year-old sons. Petlakh’s nose was broken and he required eight stitches. The pro-Palestinian demonstrators reportedly chanted “Free Palestine” and “Your people are murderers” during the alleged assault.

Schrader, who will be sentenced on November 7, faces up to a year in prison. He continues to maintain his innocence and says he will appeal, the Daily News reported.