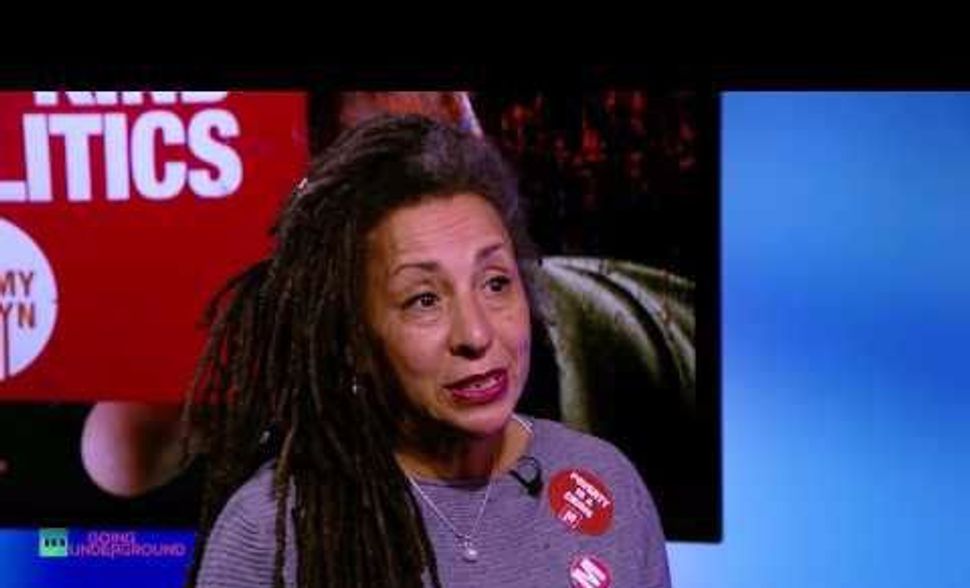 — A British Labour Party activist who once accused Jews of financing slavery was suspended from her party for bemoaning Jews’ centrality at Holocaust commemorations.

The Oct. 1 suspension of Jackie Walker over comments about the Holocaust follows the publication last month of a video showing her speaking about the issue at a public meeting about anti-Semitism, where she also said she knows of no workable definition of the phenomena.

Walker’s suspension comes amid a string of scandals connected to anti-Semitism involving politicians from Labour under Jeremy Corbyn, a far-left politician who was elected to head the party last year and recently re-elected.

Corbyn has called for boycotts against Israeli settlements and in 2009 called Hezbollah and Hamas his friends, though later said he regretted saying this. His critics within and beyond Labour have accused him of either encouraging or not doing enough to curb anti-Semitism disguised as criticism of Israel by his allies.

Corbyn has rejected the allegation and vowed tough action against any Labour member caught making racist statements. However, the Board of Deputies of British Jews accused Labour of whitewashing rather than confronting its anti-Semitism problem and said Jews cannot currently trust Labour.

Following the publication of the video of the Holocaust-related remarks by Walker, she was removed from her position as vice chairwoman of Momentum, a movement within Labour supportive of Corbyn, the BBC reported.

At the filmed meeting, Walker — who in May was readmitted into Labour following her suspension for saying Jews were “chief financiers of the sugar and slave trade” — said: “Wouldn’t it be wonderful if Holocaust Day was open to all peoples who experienced Holocausts.”

When members of the audience told her that, in fact, Britain’s official memorial day for the Holocaust also refers to “atrocities” in Armenia and genocides in Cambodia, Rwanda, Bosnia and Darfur, she maintained it was “largely circulated” as connected only to Jews.

Walker’s second suspension is “a clear acknowledgement that her comments about Holocaust Memorial Day and anti-Semitism were crass, ignorant and wholly unacceptable,” Board of Deputies Vice President Marie van der Zyl said in a statement Wednesday. “We call on the Labour Party to expel her once and for all.”