Israel Strikes Back at Gaza After Rocket Attack on Town 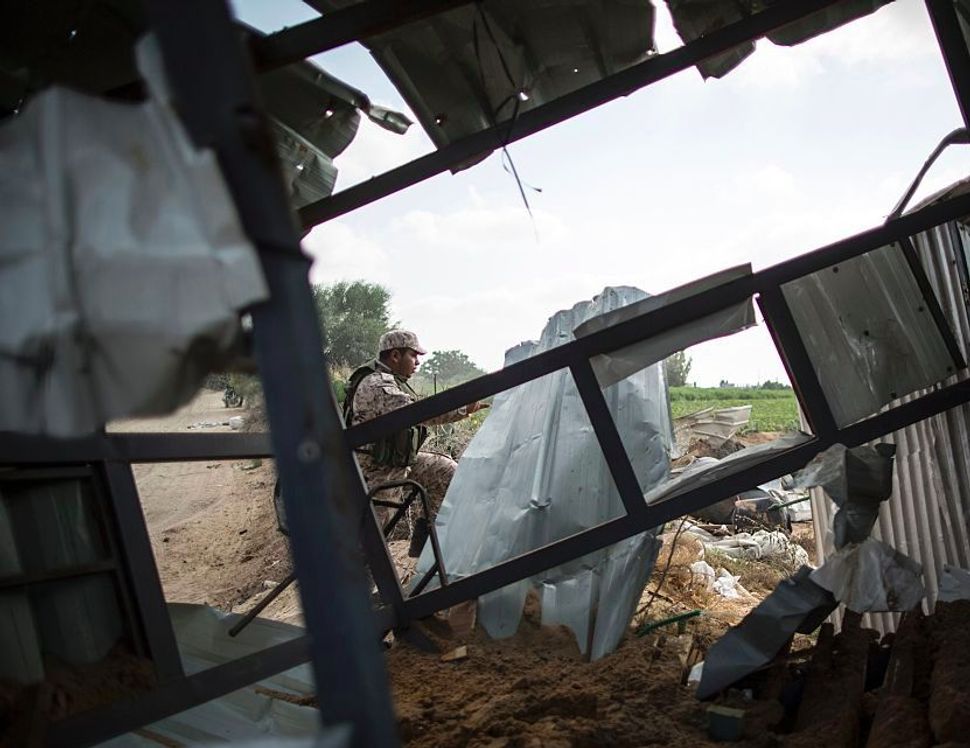 Israeli aircraft attacked Palestinian militant targets in the Gaza Strip on Wednesday, wounding at least one person, witnesses said, after a rocket fired from the enclave hit an Israeli border town.

Israeli police said there were no casualties in the rocket strike on Sderot, but Israel has a declared policy of responding militarily to any attack from the Hamas-run Gaza Strip.

Three Hamas training camps and a security complex were targeted in the air strikes and a passerby was hurt, witnesses said. An Israeli military spokeswoman had no immediate comment.

Hamas has observed a de facto ceasefire with Israel since 2014, but small jihadist cells in the Gaza Strip occasionally fire rockets across the border.

A previously unknown group, “The Grandchildren of the Followers of the Prophet” said in a statement posted on several websites that it carried out the Sderot attack in the name of “oppressed brothers and sisters” under Israeli occupation.

In Sderot, metal fragments and a small crater in a street marked the spot where the rocket exploded. The blast shattered windows in a nearby home and damaged a car.

Shortly after the attack, Israeli tank shells struck a Hamas observation post near the northern Gaza town of Beit Hanoun. Local residents said there were no casualties.

Several hours later, Israeli aircraft hit the training camps, in the southern and central parts of the Gaza Strip, as well as a security complex in the north, witnesses said.

Hamas spokeman Sami Abu Zuhri issued a statement warning Israel against continuing what he termed its aggression. “Hamas stresses it can not keep silent if the escalation continues,” he said.

Militants in the Gaza Strip last fired a rocket into Israel on Aug. 21, in an incident that also caused no casualties, and drew an Israeli air strike and tank shelling.

Israel Strikes Back at Gaza After Rocket Attack on Town