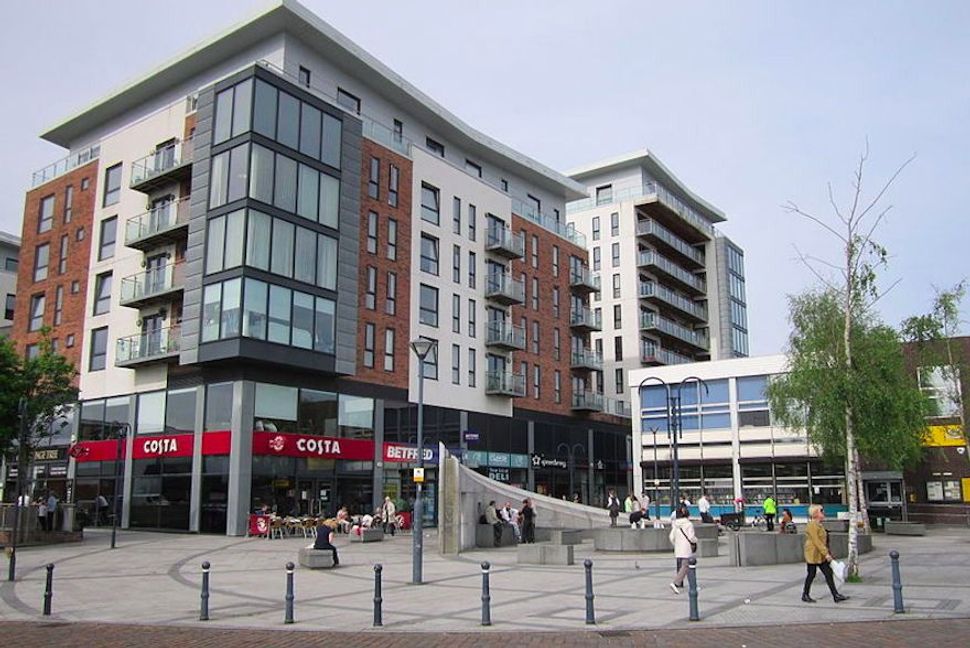 A man carrying an axe made anti-Semitic threats to a group of Jews in a town near Manchester, England on Rosh Hashanah.

The man reportedly was inside a vehicle close to a synagogue in the town of Prestwich when he made the threats on Oct. 3, according to The Manchester Evening News.

Police were called to the scene, and later the same day arrested a 45-year-old man suspected of possessing a weapon and committing a racially motivated public order crime.

“This was unfortunately a very ugly incident and we are glad that the police response has been so speedy and correct,” said a spokesman for the Jewish group Community Security Trust, according to The Manchester Evening News.

Local police said the incident was still under investigation.

Prestwich is home to a thriving Jewish community, served by several kosher supermarkets, butchers and clothing shops catering to the modest standards of observant women.