After Hurricane Matthew, Jewish Groups Pitch In To Help 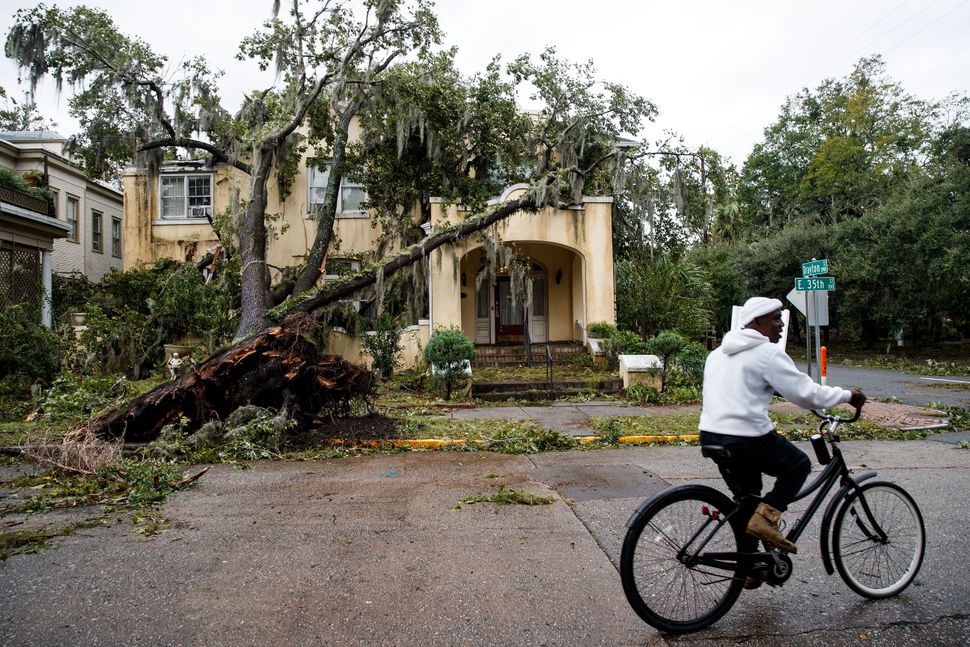 — As the death toll from Hurricane Matthew continued to rise, Jewish groups were working to help victims in the United States and the Caribbean.

The storm, which the National Hurricane Center downgraded to a post-tropical cyclone on Sunday, has killed at least 19 people in the U.S., including in Florida, Georgia, North and South Carolina, according to NBC.

In the Caribbean, much of the damage was concentrated in Haiti, where the death toll was said to have reached 1,000, Reuters reported.

The American Jewish Joint Distribution Committee was focusing its efforts on Haiti, where it was working with relief group Heart to Heart International to provide hygiene kits, water purification tablets and other aid to those on the island’s highly affected southern part.

Also in Haiti, the World Jewish Relief was providing emergency assistance, including food, water, shelter and hygiene kits. The American Jewish World Service was sending relief funds to aid groups in Haiti and the Dominican Republic.

The Mexican Jewish humanitarian group Cadena dispatched volunteers to Haiti to help with search-and-rescue efforts and relief work there.

Chabad emissaries in U.S. states helped provide assistance to victims, including by using their houses to provide shelter and distributing Shabbat meals and care packages over the weekend to students and residents in Florida.

The Jewish Federations of North America was opening an emergency fund to collect money to mobilize humanitarian support and provide relief to Jewish communities in the path of the hurricane.

After Hurricane Matthew, Jewish Groups Pitch In To Help