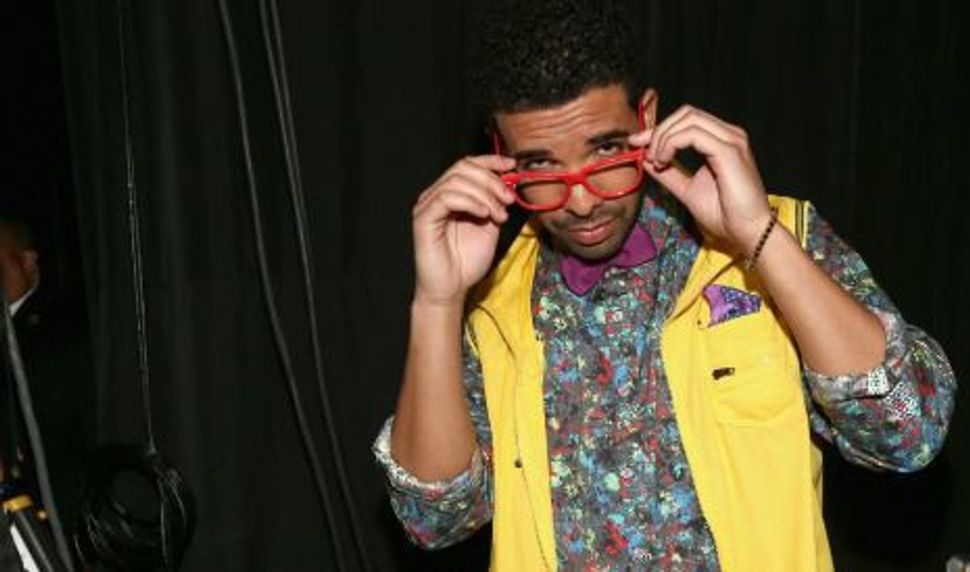 — It’s been a mixed few days for Jewish Canadian rapper Drake. He split from his girlfriend Rihanna and he had to cancel the end of his tour due to a severe ankle injury — meaning he didn’t play on Kol Nidre, the start of the Yom Kippur, the most solemn day in the Jewish year.

On the other hand, he gave himself time to pray for Rihanna, and was nominated for 13 American Music Awards, breaking the record of 11 set by Michael Jackson in 1984.

Too mix up in drama to free my mind but I’m praying for you even in your darkest times. ?

Among the nominations for the Jewish and African-American rapper are Artist of the Year, Favorite Male Artist and Favorite Album for his 2016 album “Views.” The list of nominees was announced Monday.

In comparison, Adele is up for five awards and Beyonce for four.

“Views,” which was released in April, stayed atop the Billboard 200 chart for 13 consecutive weeks. As of late August, the album had sold nearly 1.4 million copies. As of Tuesday, its leading single, “One Dance,” has been played close to 865 million times on the Spotify streaming service.

Unlike the Grammy Awards, the American Music Awards are determined by factors such as record sales, radio airplay, activity on social networks and public votes.