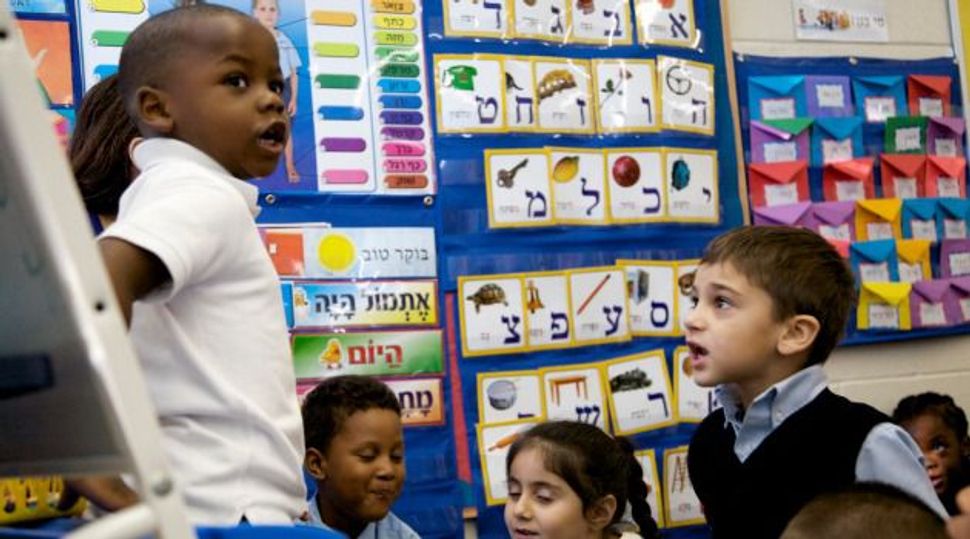 — The U.S. Department of Education gave a $4.9 million grant to a New York-based network of Hebrew-language charter schools.

The five-year grant, which was awarded last month, will allow Hebrew Public to expand its schools in Harlem and Brooklyn as well as develop new schools in New York City.

“We are thrilled to be among the recipients of this critical funding,” Hebrew Public President and CEO Jon Rosenberg said in a statement.

“Receiving this vote of confidence from the federal government is an important recognition of the hard work of our teachers, school leaders, board members, staff, and — most importantly — of the students and families that we serve,” he added.

Hebrew Public manages two elementary schools and one middle school each in Harlem and Brooklyn. The organization also partners with six elementary and middle schools across the country, including in New Jersey, Washington, D.C, San Diego, Los Angeles and Minneapolis.

At Hebrew Public, subjects are taught in both English and modern Hebrew. The schools are not religious and students of all backgrounds may attend.

The grant was part of a larger initiative by the Education Department that awarded $245 million to expand existing charter schools in the United States as well as create new high-quality ones.