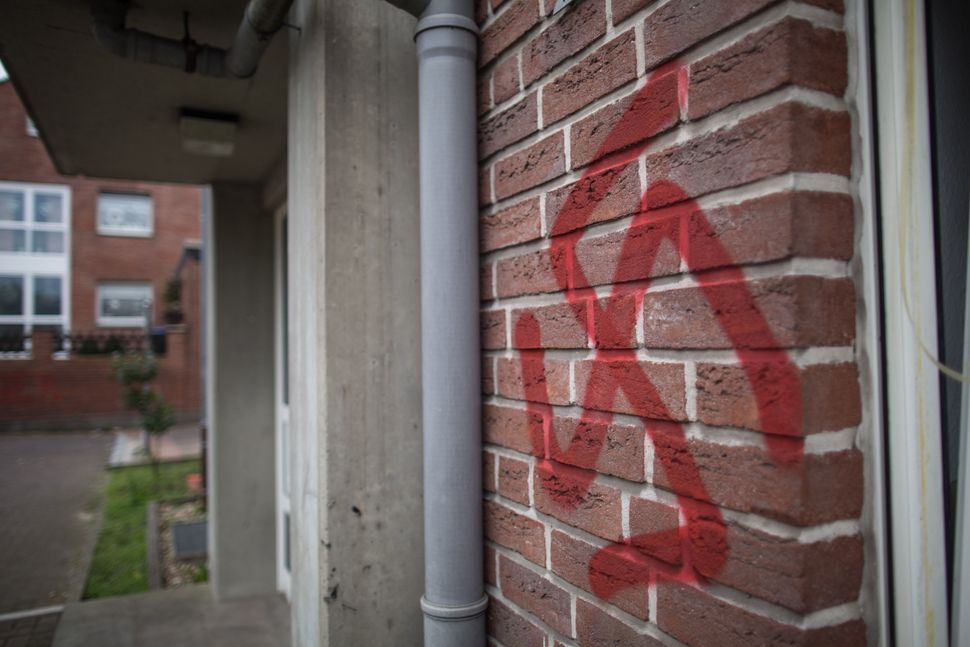 — Swastikas were painted outside the New Jersey home of an Indian-American candidate for Congress with a Jewish-sounding surname.

Peter Jacob is running against a Republican incumbent, Leonard Lance, who is a supporter of presidential candidate Donald Trump. Jacob blames  Lance’s backing of Trump for the display of hate.

Jacob told the local media that he lived in Union, in the state’s 7th Congressional district, for six years without incident, prior to the two swastika attacks earlier this week.

“It’s very upsetting,” said Jacob, who is a Christian. “It’s very saddening for us to see this.”

Lance condemned the swastika attacks and called for an investigation. There are no suspects.

“The display of anti-Semitic hate symbols like the swastika is abhorrent,” a statement from the Lance campaign said. “Leonard Lance stands with Peter Jacob in condemning these offensive acts of vandalism and supports a full police investigation into these crimes.”

On Thursday, the Anti-Defamation League condemned the attacks.

“The insertion of hatred into this political campaign is offensive to everyone and should be condemned by all,” said Joshua Cohen, the group’s New Jersey Regional director.

“The swastika is a universal symbol of hate, meant to instill fear and intimidation. We urge community members to speak with one voice in condemning this incident,” he said.