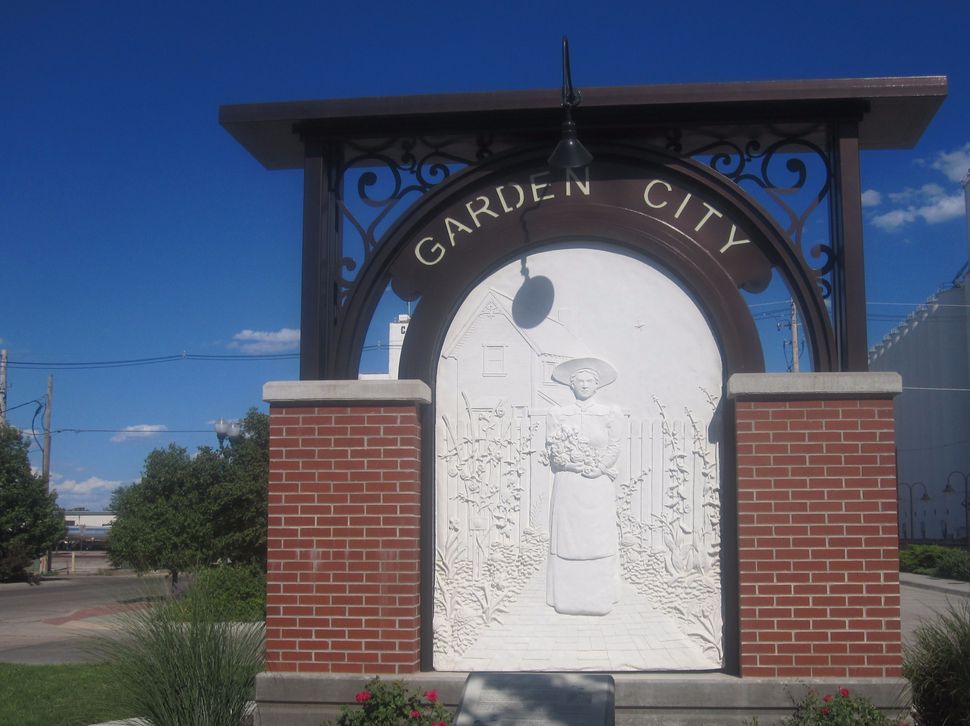 Kansas Hospitality: Garden City, Kansas, usually offers a more fulsome greeting to those who arrive there. Image by wikimedia commons

Three men were arrested on Friday and charged with plotting to bomb an apartment complex in western Kansas where 120 people lived, including Muslim immigrants from Somalia who also used one apartment as a mosque, federal officials said.

The three men, Curtis Allen, 49, Gavin Wright, 49 and Patrick Eugene Stein, 47, were each charged with one count of conspiring to use a weapon of mass destruction in Garden City, Kansas, Tom Beall, acting U.S. attorney for the District of Kansas, said at a news conference in Wichita. Officials said they were members of militia groups.

Federal, state and local authorities investigated the plot for eight months as the three men conducted surveillance, stockpiled guns and explosives and wrote a manifesto to be published after the bombing, according to the charges.

“Many Kansans may find it startling, as I have, that such things could happen here,” Beall said at the press conference.

Garden City is a community of about 27,000 people in southwestern Kansas. The men were being investigated as part of a domestic terrorism probe of several militia groups in southwestern Kansas, according to an FBI affidavit accompanying the charges. Those groups had anti-government, anti-Muslim and anti-immigration beliefs, the affidavit said.

The FBI used a confidential source to attend meetings of a militia group called the Kansas Security Force and to collect information, according to documents released with the charges. The three defendants were members of a small group called the Crusaders, the documents said. All three defendants are white, according to jail records from Sedgwick County, Kansas where they are being held.

After considering targets such as pro-Somali churches and public officials, the defendants chose the Garden City apartment complex, according to the charges. The defendants discussed placing explosive-laden vehicles at the four corners of the complex, prosecutors said.

The men were not believed to be affiliated with any larger terrorist group and there is no continuing threat from their plot, FBI officials said. They planned to carry out the attack the day after Election Day next month.

The three defendants do not yet have an attorney and will be arraigned on the charges on Monday, said a spokesman for Beall. If convicted, they could face life in prison, Beall said.

Allen and Wright are from Liberal, Kansas, and Stein is from Wright, Kansas.