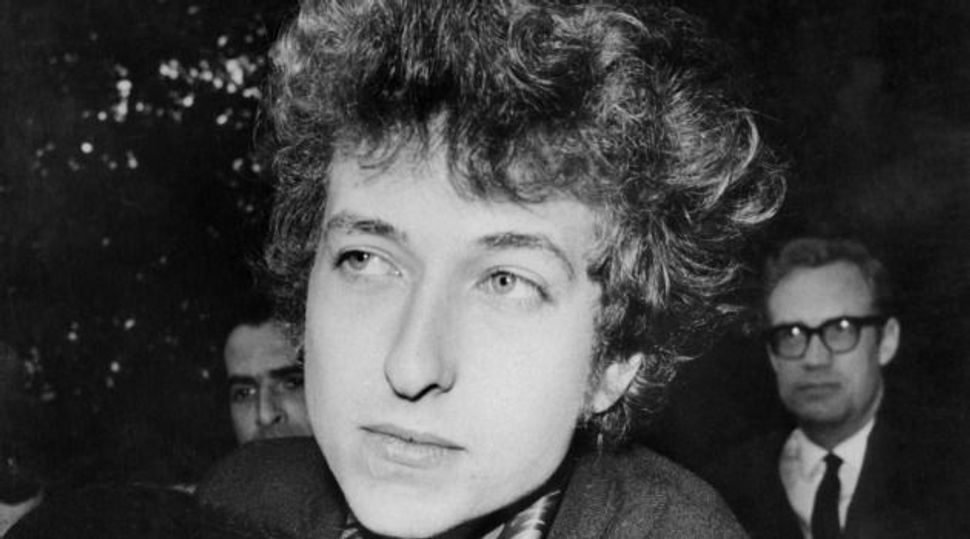 The New Face of Judaism: David E. Kaufman?s new book argues that Bob Dylan was one of four artists in the 1960s who helped usher in a new era for Jews. Image by Getty Images

Online streaming of Bob Dylan’s music has increased by more than 500 percent since announcement of his 2016 Nobel Prize for Literature.

The Spotify digital music platform said Friday, a day after the prize was announced, that streams of Dylan songs increased by 512 percent and the most listened to song was “Like a Rolling Stone,” the Associated Press reported.

Dylan, 75, was recognized for “having created new poetic expressions within the great American song tradition,” the Swedish Academy, which is responsible for choosing the Nobel laureates in literature, announced Thursday.

Born Robert Allen Zimmerman and raised Jewish in Minnesota, Dylan wrote some of the most influential and well-known songs of the 1960s. His hits include “Blowin’ in the Wind,” and “Times They Are a-Changin’.”