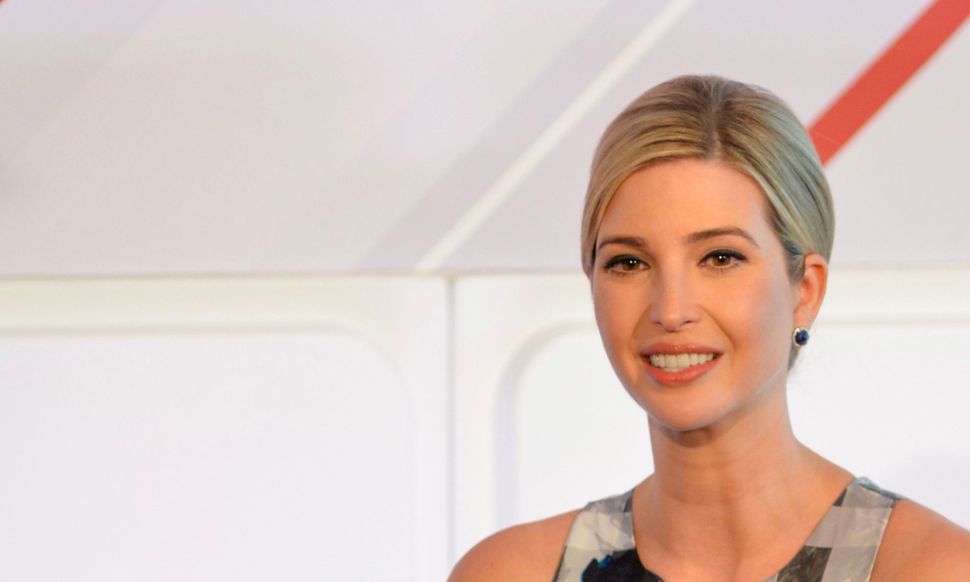 Ivanka Trump said lewd and sexually aggressive comments her father, Donald Trump, made in a leaked 2005 audiotape were “inappropriate and offensive.”

“My father’s comments were clearly inappropriate and offensive and I’m glad that he acknowledged this fact with an immediate apology to my family and the American people,” the Republican presidential nominee’s Jewish daughter said in a statement to Fast Company published Monday.

Trump had been silent in the more than a week since the release of a 2005 “Access Hollywood” video in which Donald Trump brags about kissing women and grabbing their genitals without their permission.

The magazine included the statement in a profile of Ivanka Trump, in which she discussed the intense scrutiny she and her family have faced during the presidential campaign. Trump converted to Orthodox Judaism in 2009 before marrying Jared Kushner, a New York real estate magnate and newspaper publisher who is now a top advisor to her father.

About negative media coverage of Donald Trump, Ivanka Trump said she was able “to shrug off the things that I read about him that are wrong.” She rejected the label of “adviser,” saying she is a “daughter and an executive who has worked alongside him.” She said she does not intend to serve in a future Trump administration.

Also Monday, Melania Trump defended Donald Trump, her husband, in a CNN interview. She said he had been “egged on” into “boy talk” in the leaked video by then-“Access Hollywood” host Billy Bush. A day after the video leaked, she issued a statement calling his comments “unacceptable and offensive” and expressing hope that people would forgive him the way she had.

Pressed on the comments in the second presidential debate, Donald Trump denied actually being sexually aggressive with women. But in recent days, several women have come forward to say he had groped or sexually assaulted them. Trump has denied the claims, calling the women liars and criticizing their appearances. He has suggested they are part of a conspiracy against him.

The third and final presidential debate in Las Vegas is Wednesday at 9 p.m. Eastern time.