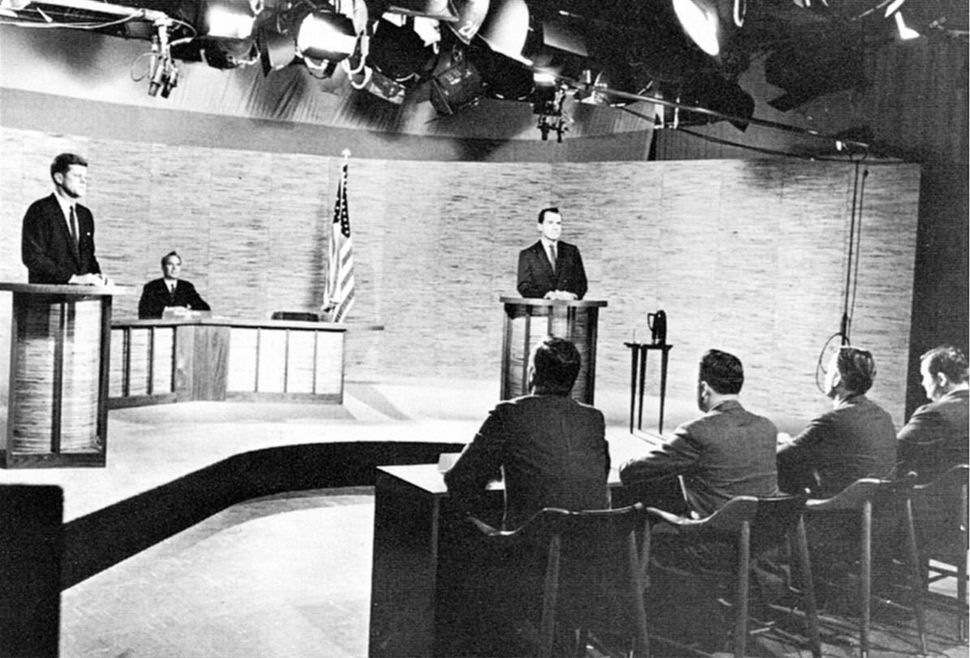 Before the third and final presidential debate started, the organizers paid an unlikely tribute: to the elderly Holocaust survivor who back in the 1950s, as a young immigrant, had the idea for the modern American debate.

Fred Kahn, 83, is a retired federal employee who basically invented the idea of a televised debate some 60 years ago. According to a 2012 Washington Post report, Kahn was an undergraduate at the University of Maryland when he came up with the idea in 1956.

As vice president of the school’s international club and a columnist for the student paper, Kahn reached out to the Eisenhower and Stevenson campaigns, requesting that the candidates debate at the university. He was unsuccessful and no such debate took place. But Kahn never gave up. He wrote letters to newspapers and conducted his own private advocacy efforts, winning endorsements from First Lady Eleanor Rosevelt and from Stevenson. Four years later, America got to watch the first presidential public debate, between John Kennedy and Richard Nixon.

According to the Post report, Kahn’s contribution to America’s political discourse went unnoticed and unrecognized for decades, until he decided in 2012, after retiring, to set the record straight. He reached out to journalists and historians, sent out newspaper clips documenting his work as a student advocate back in 1956.

Kahn came to the United States after World War II. He survived the Holocaust as a child, hiding with his family in rural areas of Belgium. Kahn later said that he owes his success in life to the moment as a 6 years old child his family fled Nazi Germany. His aunt and uncle who did not escaped perished in 1942 in the Sobibor Nazi death camp.