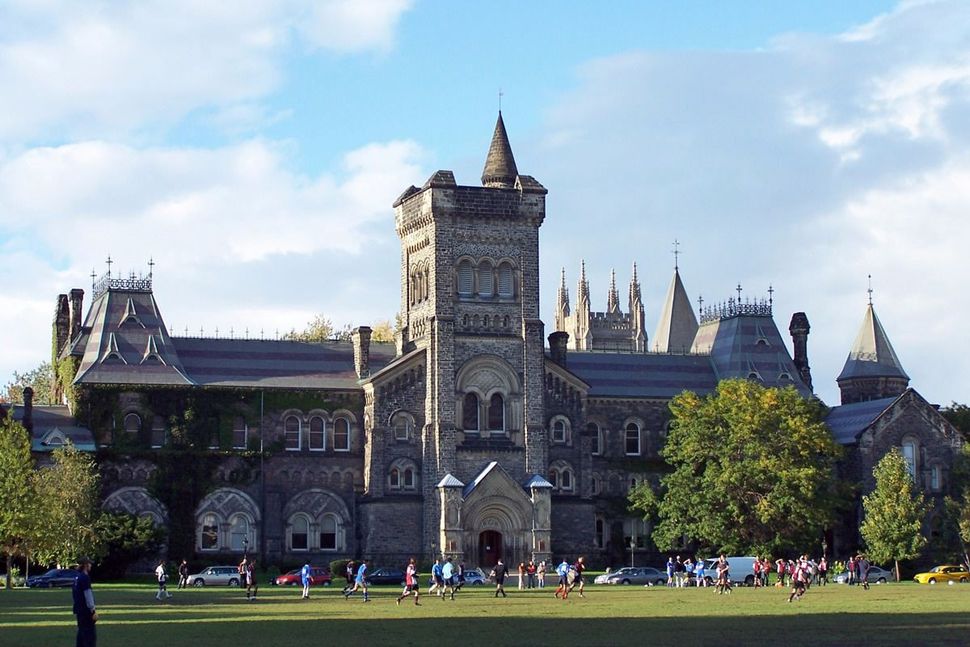 TORONTO — Swastikas were found at seven sites on and near the campus of Canada’s largest university in what appears to be two separate anti-Semitic incidents.

The first three swastikas near the University of Toronto’s downtown campus were discovered late last month. Just before Yom Kippur last week, two more were discovered on a mural. Two days later, another was found on a nearby sidewalk outside the anthropology building.

Similar graffiti were also discovered on the steps of the school’s mining building and on a city-owned road near the campus.

A University of Toronto spokesperson told The Canadian Jewish News that the university worked to remove the graffiti as quickly as possible.

Rob Nagus, director of the university’s Hillel, said his organization appreciated how quickly the university condemned the acts and removed the daubings.

Nagus told The Canadian Jewish News that it appears the earlier acts of vandalism were unconnected to the ones discovered later.

The Centre for Israel and Jewish Affairs said it was “deeply alarmed” at the vandalism, which “appears to be deliberate acts of hate rather than matters of casual or thoughtless graffiti.”

The straight-arm salute was performed on the sidelines of a free speech rally in support of psychology professor Jordan Peterson, who has been criticized recently for refusing to address transgender students by their chosen pronouns.

“This proliferation of Nazi symbolism at one of Canada’s most respected universities is shocking and outrageous,” said Michael Mostyn, the CEO of B’nai Brith Canada.