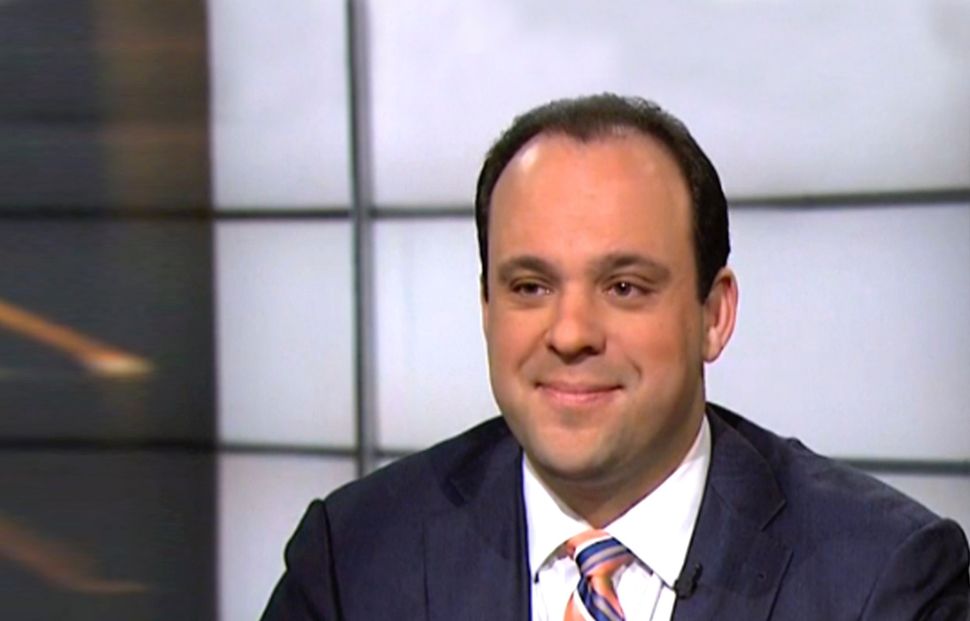 Since the launch of his presidential campaign last year, Donald Trump has taken over the cable news airwaves. Almost ubiquitous as the man himself, Trump spokesman Boris Epshteyn has made more than 100 television appearances for the candidate. Epshteyn, a Russian-Jewish immigrant and a 34-year-old attorney and Republican, might also be as controversial as his boss. Here are five facts about one of Trump’s main flacks.

Epshteyn is co-anchor of a new nightly show that airs on the Facebook Live feed of the Trump campaign, featuring interviews with the candidate’s advisers and footage from his rallies. Media sources have said this might be the start of the much ballyhooed ‘Trump TV’ — a cable network to be set up by the Republican nominee if he loses. But Epshteyn has denied that inference.

Epshteyn’s in with the Trump campaign comes from Eric Trump, the Republican nominee’s third child. The two went to Georgetown University together, and Epshteyn was invited to the younger Trump’s marriage two years ago. He also met his wife at college.

Falling behind in the polls, Trump has tried to drum up conspiracy theories about a “rigged election.” Epshteyn said on CNN this Monday that Barack Obama might have won North Carolina eight years ago due to voter fraud, a widely discredited claim.

Similar to his candidate — and also to former campaign manager Corey Lewandowski – Epshteyn can lose control of his temper in public. Two years ago, he was charged with misdemeanor assault in Arizona, after a nasty bar fight there. He had to go to anger management classes and do community service to get the case dropped.

Epshteyn fled a Russia that persecuted him and his family for their religion. But he seems to have no compunction about following Trump’s friendly line on Vladimir Putin. “First of all, Russia did not seize Crimea,” he said in an August interview, flabbergasting a television host with a clearly false assertion.