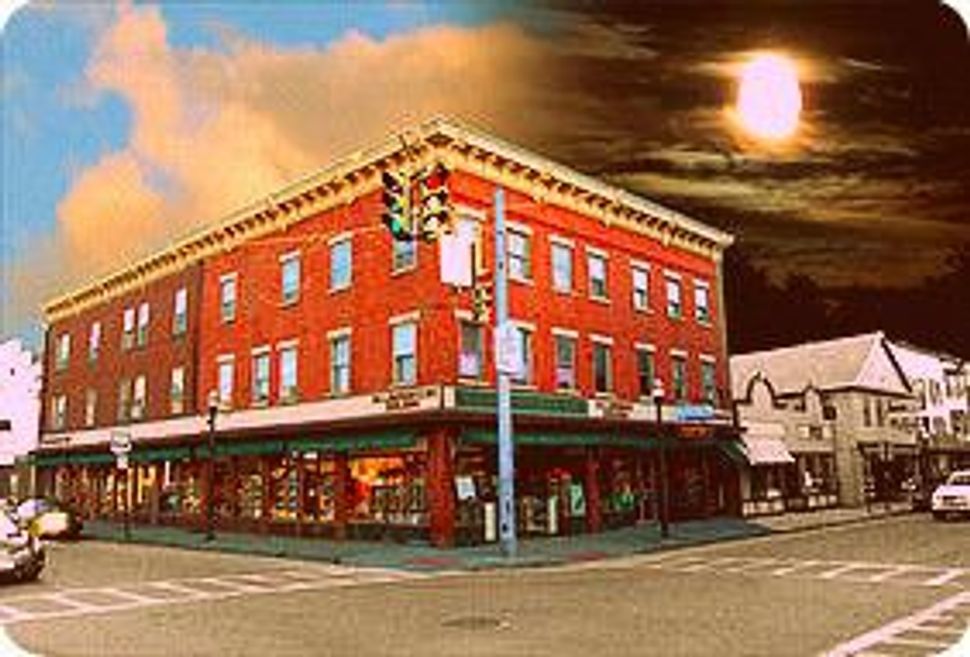 — An upstate New York bookstore display containing the name “Trump” superimposed over a Nazi flag has spurred outrage, including from the Anti-Defamation League and supporters of the Republican nominee.

Some 20 protesters demonstrated Wednesday outside the Inquiring Minds Bookstore and Cafe in the village of Saugerties against the banner, which also read “Make America Hate Again.” Some demonstrators held Trump signs.

“This crosses the line. This is not OK,” Angie Minew, a resident of Saugerties, told the Hudson Valley News Network.

The bookstore’s owner, Brian Donoghue, said he was exercising his First Amendment right to free speech in suggesting Trump’s polices are reminiscent of those of the Nazis.

“I thought that it was important to call attention to parallels that I see between the rise of Trump’s candidacy and the rise of the Brownshirts in Nazi Germany,” he said, according to the Hudson Valley News Network.

“Using the symbol of Nazism to make a political point is highly inappropriate and repugnant,” Bernstein said in a statement. “Such an offensive display has no place in Saugerties or in our civil discourse. There are better ways to make a point about the election and the candidates’ views without drawing a comparison to a genocidal regime that was responsible for the death of six million Jews and millions of others during the Holocaust.”

Trump’s calls to ban Muslim immigration to the United States and portrayal of Mexican immigrants as rapists have drawn ire across the political spectrum.

The display in Saugerties, which is located in the Catskill Mountains area about two hours north of New York City, also included books about the rise of Hitler and Nazi Germany.

Donoghue received a notice Tuesday from the local code enforcement officer informing him that the size of the sign violated village rules. The notice did not mention the banner’s content, the Daily Freeman reported.