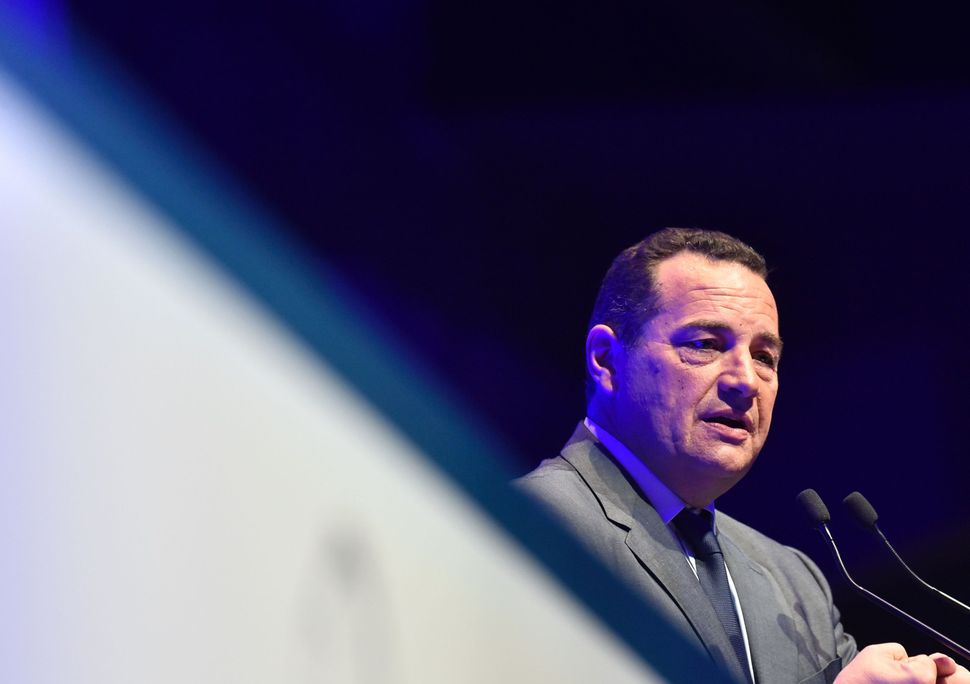 — French Jews demanded the country’s Republican party take disciplinary action against a lawmaker who said Hillary Clinton endangers Europe because she is controlled by Zionists.

The president of CRIF, the umbrella group of French Jewish communities, made the demand in a statement Thursday about Jean Fréderic Poisson, a National Assembly lawmaker whose Christian Democratic Party is a right-wing outlier of The Republicans center-right coalition in the 2017 presidential election.

In an article published Wednesday by the Nice Matin newspaper, Poisson was quoted as saying about the  Democrat presidential candidate in the United States that her “closeness to the super funders of Wall Street and her submission to Zionist lobbies are dangerous for Europe and for France.”

CRIF President Francis Kalifat wrote in his statement that “beyond its insidiously anti-Semitic character, this remark reanimates conspiracy theories that we know to be the basic currency of extremists of the most violent kind.”

Poisson, a square-jawed politician whose party opposes gay marriage and euthanasia, is one of seven candidates competing in the open primaries of The Republicans, the new name of what used to be the UMP party of former presidents Jacques Chirac and Nicolas Sarkozy.

In addition to Sarkozy, whose paternal grandfather was Jewish, the list of candidates in the primaries includes former prime minister Alain Juppe and Nathalie Kosciusko-Morizet, a former cabinet minister whose ancestors were Polish Jews, but who is not Jewish herself.

“With his revolting remarks, Jean Frédéric Poisson has placed himself beyond the margins of the Primary of the Right and Center bloc,” Kalifat said of the Christian Democratic candidate, whom some commentators believe will endorse the far-right National Front party of Marine Le Pen if he fails to win The Republican nomination. “He has found his place alongside Alain Soral or Dieudonné, who support his theories.”

Alain Soral is a far-right activist and writer who has several convictions for Holocaust denial and incitement to racial hatred. In 2014, he formed the now-inactive Anti-Zionist Party with Dieudonne M’bala M’bala, an anti-Semitic comedian of Cameroonian descent who also has multiple convictions for the same offenses.

CRIF asked the organizing committee of the primaries – the first open election in the center bloc’s history – to apply against Poisson “sanction befitting the gravity of his remarks.”

In France, the term Zionist is often used as a politically-correct slur instead of “Jew,” according to CRIF. Earlier this month, a British parliamentary report asserted the same when it came to hate speech in the United Kingdom and recommended police add “Zionist” and “Zio” to its list of racist insults, depending on the context in which it used.