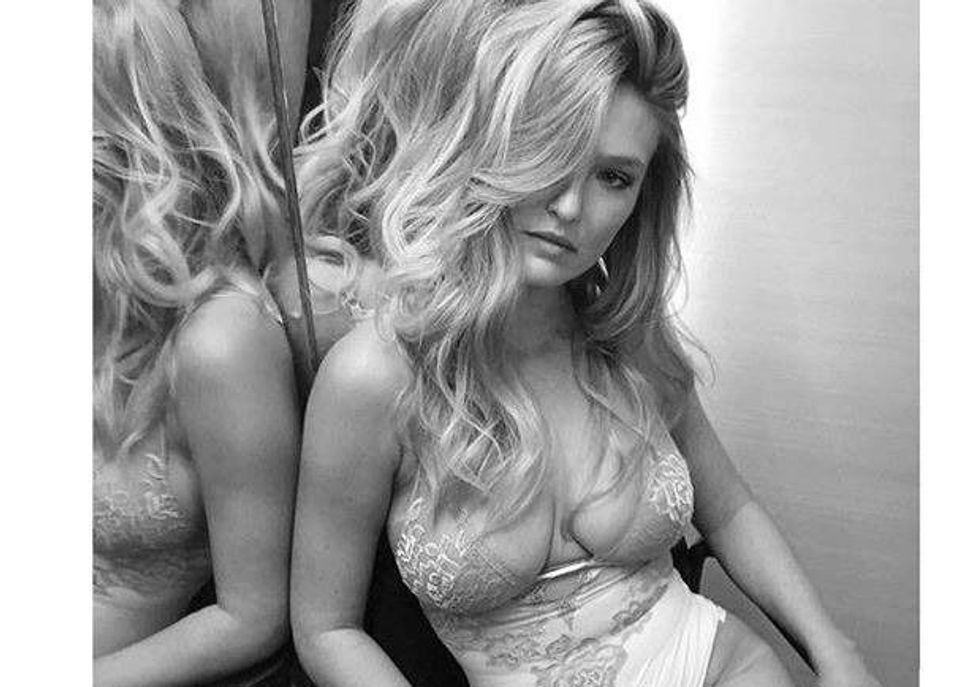 (JTA) — Israeli supermodel Bar Refaeli is wowing media from around the world with the results of her efforts to regain her pre-pregnancy figure.

People magazine on Monday joined a flood of articles from publications from around the world — and in Latin America especially — congratulating the 31-year-old on returning to her slender figure just two months after the August 11 birth of her first child, a baby girl she and her Israeli husband name Liv.

Noting Refaeli’s posting online of several videos and pictures of her working out, People judged her dedication to appear to be “paying off,” citing the posting on Monday on Instagram of a photo of post-birth Refaeli wearing a bikini that shows off her flat stomach.

On Sunday, Refaeli shared a video on Instagram of her workout, which included doing weighted leg lifts while standing on a Bosu ball.

“As you can see, I’m all about getting back in shape #addicted,” she captioned the video.

Last week, Refaeli shared another workout video on Instagram, again doing leg lifts while balancing on a Bosu ball. “Working my ass off,” she wrote alongside the video.

Enthusiasm over Refaeli’s mission seems to be particularly strong in newsrooms in Latin America.

Mexico’s Excelsior magazine already last month crowned her “Instagram’s sexiest mom” based on a post-pregnancy picture less revealing than the one released Monday. ABC, the Spanish daily, hedged its own reporting based on that picture, calling her only “one of the sexiest” mothers on that social network. The Colombian Alo tabloid dispensed with such caution in reporting about Refaeli, declaring that her body after the birth to be “heart-stopping”.

Refaeli is considered Israel’s leading female model and was featured on the cover of the 2009 Sports Illustrated Swimsuit Issue.

Throughout her pregnancy, she had documented her growing baby bump on social media.

Refaeli, an “X-Factor Israel” host and swimsuit designer, is a former girlfriend of the Hollywood film star Leonardo DiCaprio and in 2012 was voted No. 1 on Maxim magazine’s Hot 100 list.

Her husband Adi Ezra, 41, is heir to his grandfather’s company, Neto Group, one of the five leading food conglomerates in Israel.