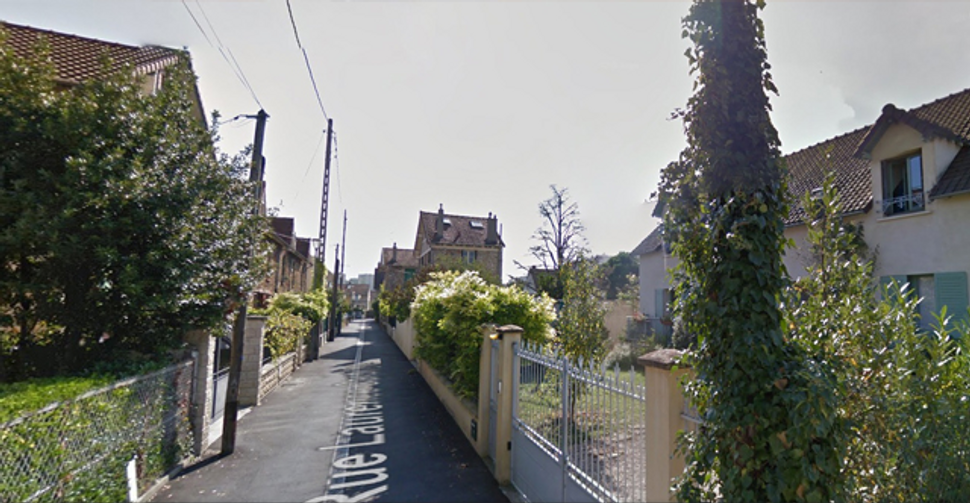 — The 7-year-old son of a rabbi from the Paris area was hit by a truck-mounted crane and killed while walking home from his synagogue.

Shmuel Sarfati was declared dead approximately 20 minutes after he was hit in the head by the crane Monday in the northeastern Paris suburb of Poissy, the news site 78actu reported. The accident occurred while the truck was turning at a speed of 24 to 31 miles per hour, police sources said.

According to the sources, the boy was hit by a part of the crane that protruded from the vehicle – possibly the crane’s stabilizing arm. Police are investigating whether the mechanical part in question was properly secured by the operator and driver, a 44-year-old employee of a construction firm.

Sarfati’s body was slammed against the facade of a building, where a passer-by tried to resuscitate him without success.

The boy was on his way home from the local synagogue on Laurence-Caroline Street.

The tragedy shocked members of the municipality’s small Jewish community, where Menachem Sarfati, a Chabad rabbi and the boy’s father, is a central figure.

“He was clearly deeply sad, distraught as any father would be after watching his son die in his arms,” one of the sources told 78actu.

Poissy Mayor Karl Olive visited the Sarfati home. He declined to comment on the incident except to say that it was “terrible.”

Shmuel will be buried in Jerusalem in accordance with the family’s wish, Actualite Juive reported Wednesday.