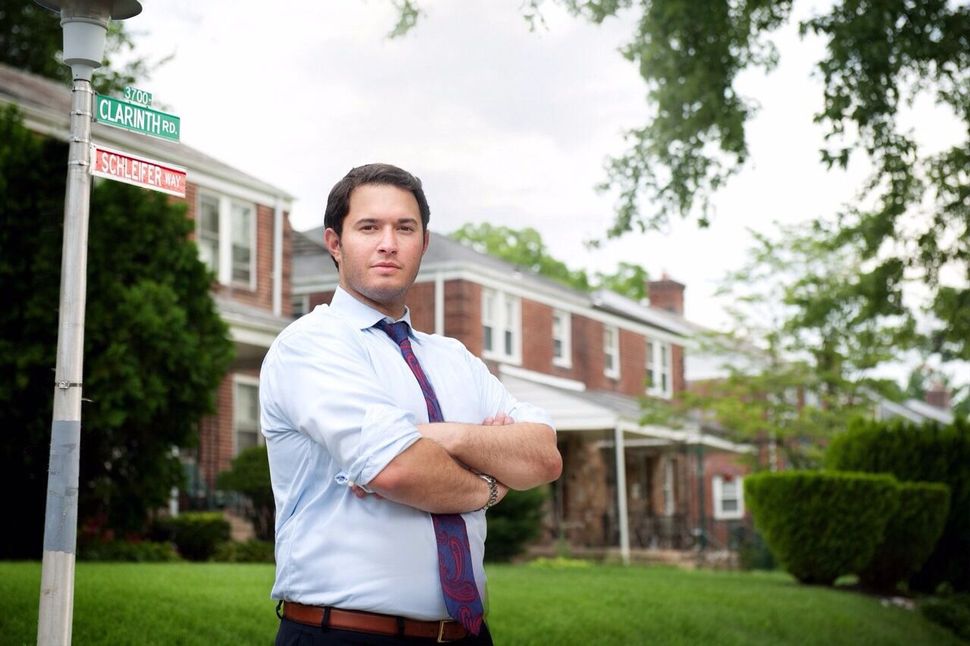 Baltimore has a rich Jewish history that stretches back to the colonial era. Next month will mark a milestone when it is expected to elect its first Orthodox Jew to the City Council.

As the November election approaches, , Isaac “Yitzy” Schleifer, a 20-something businessman, Sabbath observer, and father of one is the overwhelming favorite to win in Baltimore’s Fifth Council District, covering a swath of the city’s northwest that is home to a large Jewish community.

“I think we’re going to bring new leadership to Baltimore and a lot of new ideas,” Schleifer told the Baltimore Jewish Times after he won the Democratic primary in April, virtually ensuring success in the general election. “I know we can not only do better for the district, but for the city as a whole.”

Schleifer, who grew up in the district and graduated with a business degree from the University of Maryland-Baltimore, has said that his priorities include more affordable housing, lower taxes, crime fighting and improved communication between City Hall and local neighborhoods.

“We have a lot of safety concerns whether it be home invasions, car break-ins, property crimes, but also we have our share of muggings and assaults,” he told the Baltimore paper in an earlier interview. “And across the city that has been looked at as petty crime but these are quality of life issues that make people too afraid to walk outside at night.”

“They feel that we can do better, that there’s a lot of opportunity that currently exists in the city that’s not being extended to this area,” he continued, referring to his constituents. “I have a lot of fresh ideas… and a different perspective on things.”

Schleifer’s Jewish bona fides are without question. He sits on the board of his synagogue, as well as on the advisory committee of the Jewish community watch, known as shomrim. He also convinced the city to supply free kosher meals to observant Jewish children through its summer lunch program.

Speaking to the Baltimore Jewish Times after the primary, Schleifer set his sights high. “I know we can not only do better for the district, but for the city as a whole,” he said.