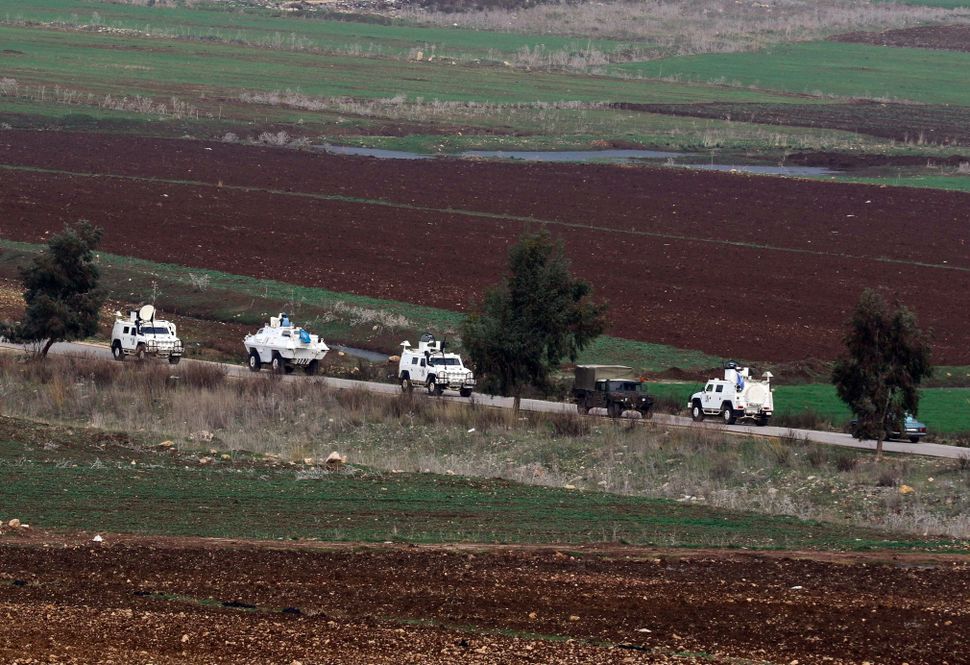 The Israeli military said an Israeli soldier was wounded on Wednesday by shots fired from a vehicle traveling in Lebanon along a border fence, and troops returned fire.

A Lebanese army spokesman said in a statement there was no truth to reports shots had been fired from a car at a soldier from Lebanese territory.

In a statement, the Israeli military said that troops that fired back at the vehicle had “confirmed a hit.” A later statement said troops spotted the car again after it sped away and engaged it in a second exchange of fire, confirming more hits.

The incident cited took place along the frontier near the Israeli town of Metulla. The border area has largely remained calm since a 2006 war between Israel and Hezbollah.

A U.N.-monitored ceasefire has largely held since then, but Israeli aircraft regularly overfly southern Lebanon and have attacked arms shipments to Hezbollah mainly in Syrian territory.