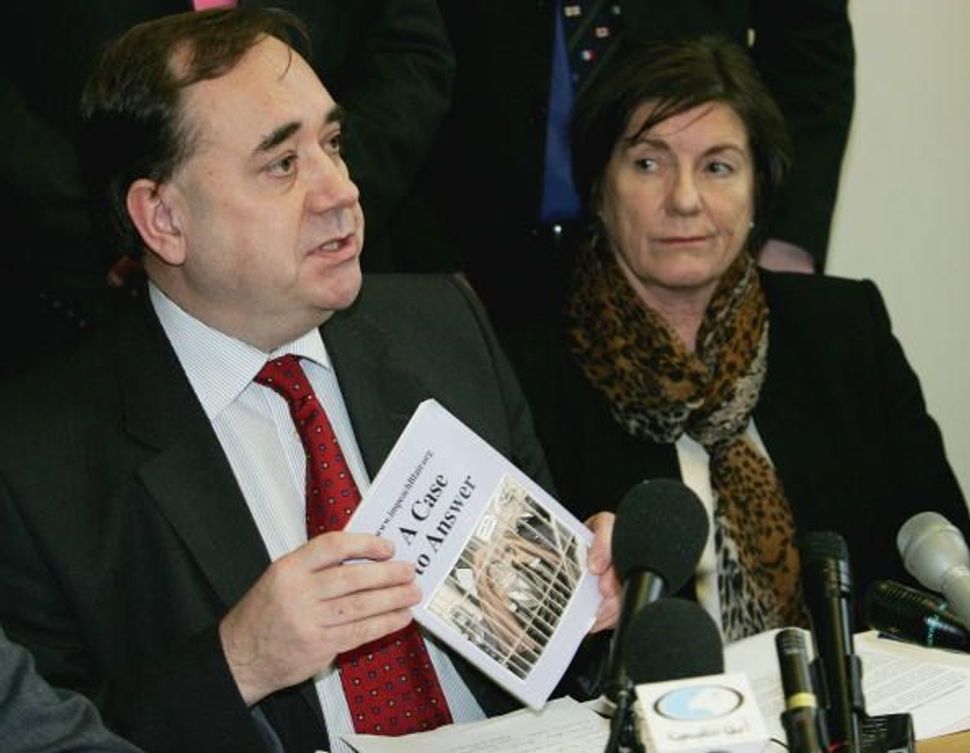 Britain’s House of Lords has been home to some of that country’s greatest debates. But according to the Jewish Chronicle, the upper chamber of parliament hosted on Tuesday an anti-Israel event that verged into anti-Semitism.

“If anybody is anti-Semitic, it’s the Israelis themselves,” said one speaker, at the event organized by Baroness Jenny Tonge and run by the Palestine Return Centre.

Another man, appearing to belong to the ultra-Orthodox, anti-Zionist Neturei Karta sect, called Zionism a “perversion of Judaism.” He then falsely accused Rabbi Stephen Wise, “a Reform heretic” in his words, of having encouraged the Nazis to commit the Holocaust.

Intended to launch the PRC’s Balfour Apology Campaign — an effort to get Britain to apologize for the decree that committed the country to a Jewish state in the Mandate of Palestine — the event was denounced by Israel’s embassy in London as well as by attendees.

A spokesman for the consulate told the Chronicle that the discussion “gave voice to racist tropes against Jews and Israelis alike.”

Blogger David Collier said that it left him feeling ill, and he stated, “I witnessed a Jew-hating festival at the heart of the British estate.”

Tonge has a history of controversial activities and statements when it comes to Israel-Palestine. She was forced to resign from her post within Britain’s Liberal Democratic Party after comments four years ago in which she declared that Israel “would not last forever” and would “lose support, and then they will reap what they have sown.”

In a previous debate before the House of Lords, she told her fellow peers that “Israel is creating terrorists with a justified grudge.” She has also defended an Islamist cleric who attacked Israel by invoking the medieval blood libel that Jews sacrifice non-Jewish children for Passover matzoh.

British politics has been rife with charges of anti-Semitism recently, due to the feeling of some that criticisms of Israel have often crossed the line into Jew-hating. So far, though, much of that controversy has been confined to Labour Party, whose furthest left flank has been empowered by the rise of faction leader Jeremy Corbyn.

The Council for Christians and Jews, a British forum for interfaith engagement, demanded Tonge renounce her association with the discussion, exhorting her “to clarify the events of yesterday evening and to distance herself from the comments that were made.”