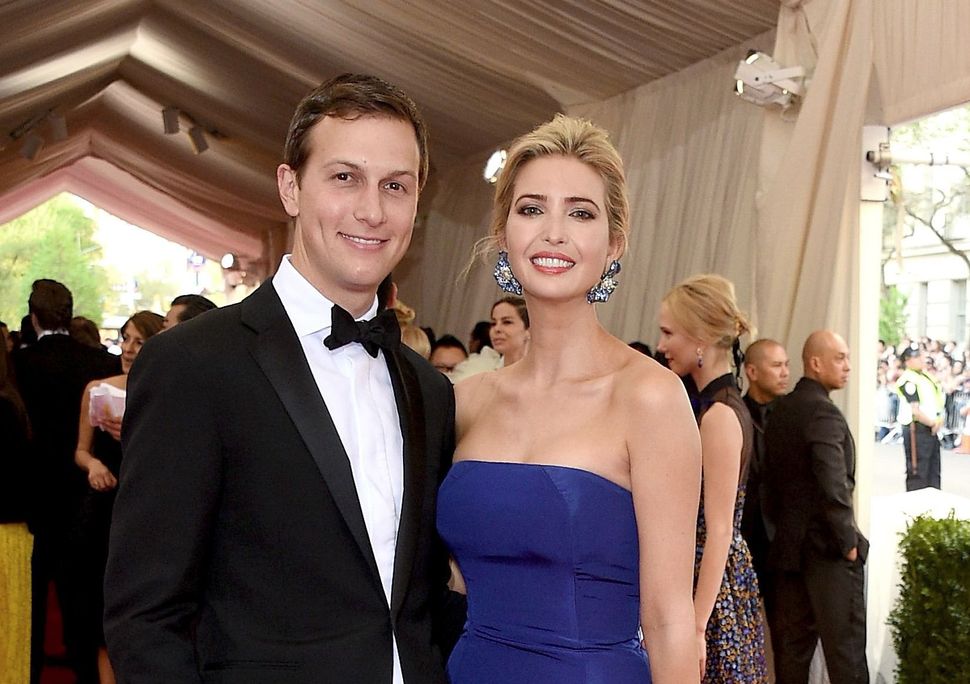 — Speaking at a synagogue in Florida, Ivanka Trump assured Jewish voters that her father would “100 percent” move the US embassy to Jerusalem if he is elected president.

Ivanka Trump, who converted to Judaism in 2010 and is married to a Jewish man, called her father, the Republican presidential candidate Donald Trump, an “unbelievable champion” for the State of Israel and for the Jewish people during a talk on Thursday at The Shul of Bal Harbour in Surfside, Florida, the Jewish Insider reported. “You won’t be dissapointed,”  she told the audience during the talk, which was filmed in part.

In addition to saying Donald Trump will move the embassy to Jerusalem, which she called “the eternal capital,” she also said he supported her conversion to Judaism before her marriage to Jared Kushner.

“I so respect the fact that he supported me from day one,” she said. “There was no question, there was no argument. He was very supportive.”

Asked how Judaism has inspired her to be what she is today, Ivanka Trump said, “I feel like Judaism helps your moral compass.” Judaism “has been a great blessing in my life,” she added.

Ivanka Trump and her sister Tiffany also made campaign stops in Jupiter and Riviera Beach, according to the Trump campaign.

Jewish voters represent 3 to 6 percent of the electorate in the key battleground state of Florida. Clinton is ahead by 1.6 percentage points, according to the RealClearPolitics average. A recent poll showed Clinton leading Trump by 43 points among Jewish voters in the Sunshine State.

Congress passed a law in 1995 mandating the move of the embassy to Jerusalem, but allowed the president a waiver. Each president since then has routinely exercised the waiver, citing the national security interests of the United States.

In December, while speaking at the Republican Jewish Coalition, Donald Trump refused to commit to recognizing Jerusalem as Israel’s undivided capital. But by January, he said it was “the eternal capital” of Israel and that he was “100 percent for” moving the embassy there.

Separately, the eminent American historian Robert Paxton, who is an expert on fascism and considered a world authority on the Vichy Government, the Nazi puppet regime in France, said Trump is not a racist “in the way that Southern rednecks are” but shares “commonalities” with European 20th century Fascists.

Paxton, the recipient of France’s Legion of Honor award, noted in an interview about Trump published by Slate on Wednesday, the case of the Italian Fascist dictator Benito Mussolini, who had a Jewish lover, was supported by many middle-class Jews and “got along quite well with Jews.” But political expediency led him to allow anti-Semitism and racism to take a more central role in public life, leading to the wholesale deportation and murder of approximately a fifth of that country’s Jewish population in the Holocaust.

Trump, who has rejected persistent allegations of stoking hatred against Mexicans and failing to distance his campaign from anti-Semites, “is playing in a disastrous way with a lot of rhetoric and a lot of prejudices that definitely belong to fascist rhetoric and fascist violence,” Paxton said.