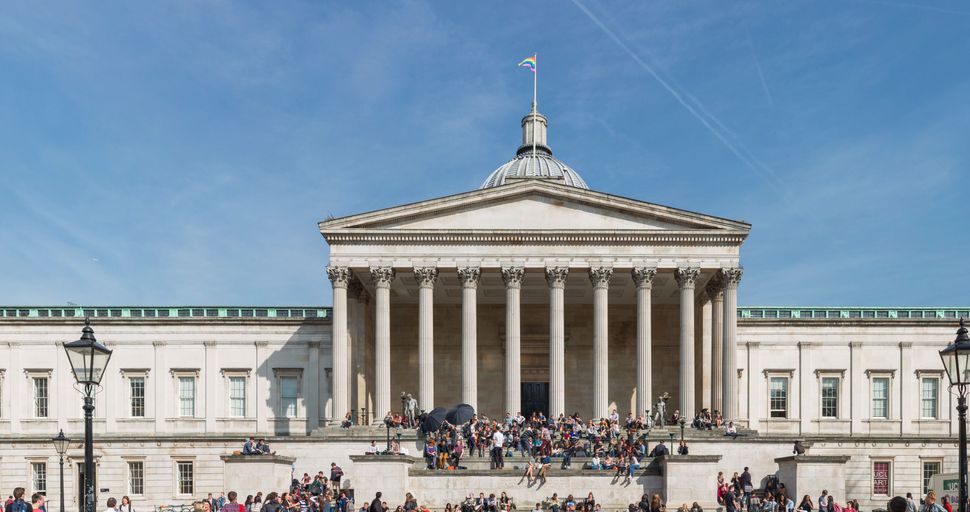 – The representative body of British Jews called on the University College London to sanction students who disrupted an event organized by supporters of Israel.

The Board of Deputies of British Jews issued its statement Friday about an event at UCL Thursday night, in which “a hate-filled mob supporting the worst kind of extremism in the Middle East once again trampled on free speech at a leading UK campus,” the board’s vice president, Marie van der Zyl, wrote in the statement.

The police were called and the room was changed several times as pro-Palestinian activists shouted slogans that prevented the event from starting, and then physically blocked the entrance to prevent the audience and organizers from leaving.

“We deplore the aggressive and intimidating protests,” van der Zyl said of the incident, which Devora Khafi, campus director of StandWithUs UK, described as anti-Semitic.

“Last night I and fellow students were barricaded in by violent extremists,” Khafi wrote in a separate statement, detailing how she experienced the event. “Students under threat, holed up in a room, facing abuse and violence – just because they are Jewish,” she wrote.

The event was organized by UCL Friends of Israel Society and King’s College London’s Israel Society with speaker Hen Mazzig. A few dozen students showed up for the event, as did a similar number of protesters.

“We call on UCL to initiate a strong disciplinary process against the perpetrators. We will be raising this across Government today and in a meeting with the Home Secretary on Monday. This abuse must have no place on our campuses,” van der Zyl wrote.