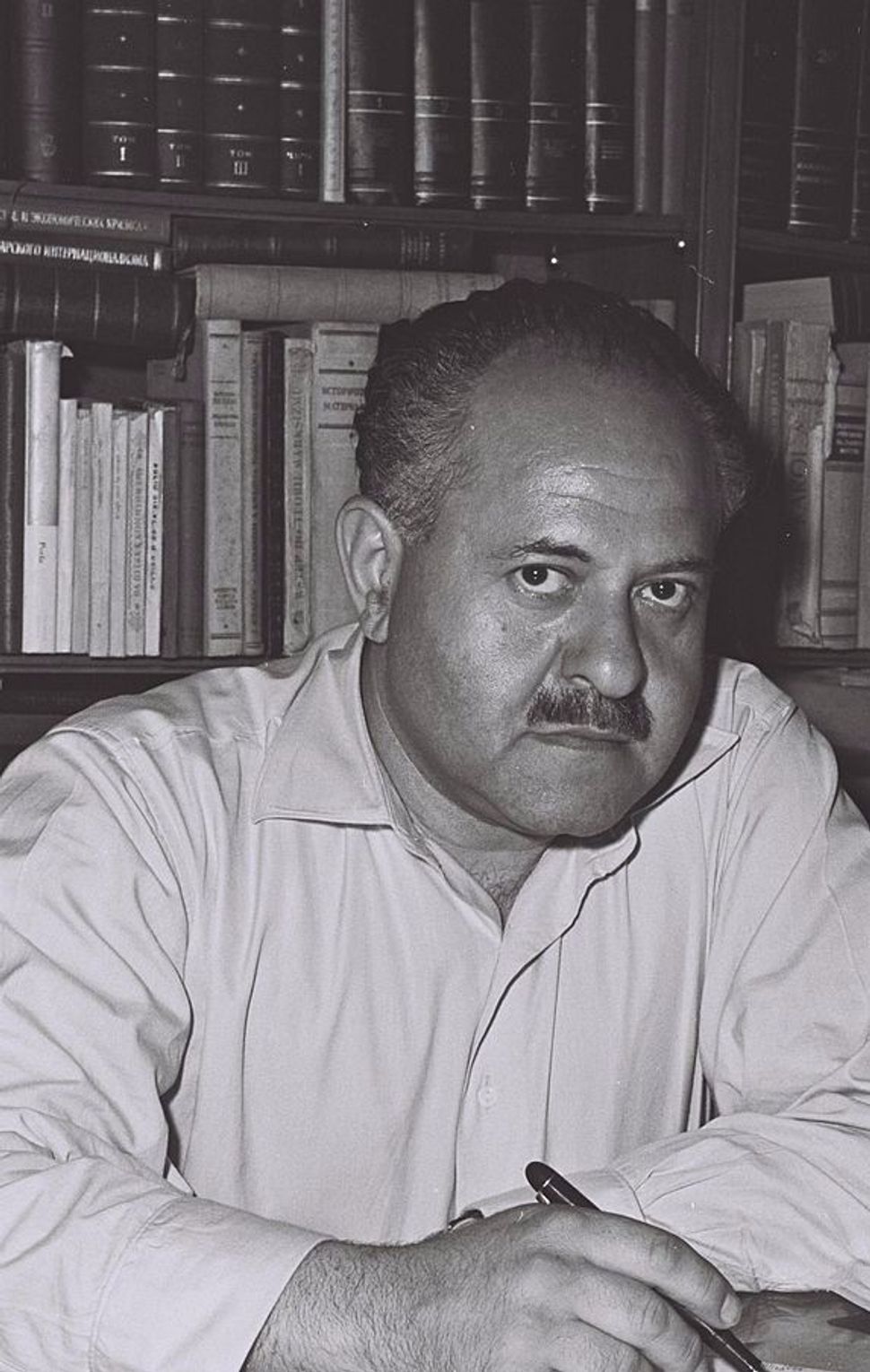 — Dozens of Israeli defense officials, journalists and even lawmakers were listed in documents containing the names of alleged spies for the Soviet Union’s KGB intelligence arm mostly in the 1950s.

Among the names listed in the documents published Friday by the Yediot Acharonot daily was Moshe Sneh, a senior member of the Haganah prestate military organization and subsequently a lawmaker for the left-wing Mapam and Maki, the Communist Party in Israel.

The documents were declassified in Britain earlier this year after being kept under wraps for decades.

According to the documents cited in the report, Sneh provided information to the Russians about Israeli foreign policy and was a source for the information sent by the Soviet Embassy in Tel Aviv to Moscow regarding the positive attitude of Israel’s first foreign minister, Moshe Sharett, toward the United States in the 1950s.

Sneh was one of a number of Israelis mentioned in KGB documents as having served as agents of Soviet intelligence. The documents were copied by a KGB agent, Vasili Mitrokhin, who moved to Great Britain from Russia.

Ephraim Sneh, Moshe Sneh’s son, disputed the veracity of the KGB file, denying his father was an agent.

Among the other politicians from the Israeli left named in the documents as KGB agents was Yaakov “Kuba” Riftin, who served as a Mapam lawmaker in the Knesset from 1949 to 1965. According to the documents, Riftin regularly sent the Russians classified papers, including those designated top secret. His son, Giora, insisted his father did nothing of the kind, Haaretz reported.

Elazar Granot, also of Mapam, appears on the list as well. Granot served as a member of the Knesset Foreign Affairs and Defense Committee and as party secretary. His son told Yediot that his father did in fact meet with Russian diplomats, but added that he had no access to classified information. He also said the Russians brought with them “excellent Hungarian sausages” as a gift to his father.

Also mentioned are Yaakov Vardi, a member of the leadership of the left-wing Hashomer Hatzair Zionist youth movement and one of the founding fathers of Israel’s water economy, and Shlomo Shamli, a member of Maki’s central committee.

According to the report, the papers indicate that the KGB also recruited Samuel Machtei, who had a classified position in the Israel Aerospace Industries and was involved in the design of the Lavi jet plane. He told Yediot in response that he “wasn’t connected to that at all.”

Also mentioned is Gregory Londin, who worked in a factory for the maintenance and renovation of Merkava tank engines. Londin was arrested in 1988 and served a prison sentence in Israel for espionage.