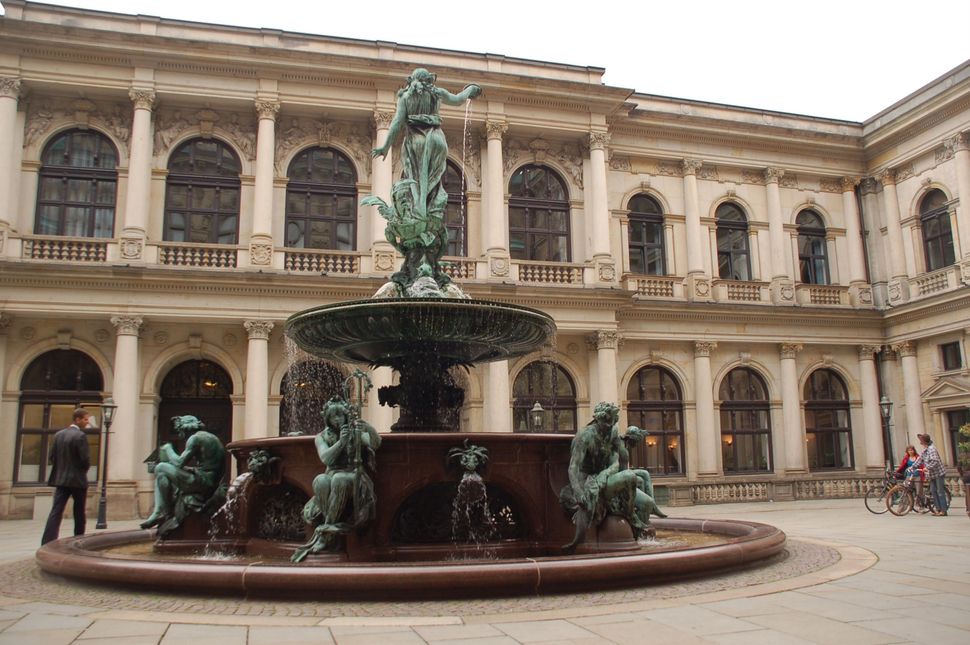 — The Reform congregation in the German city of Hamburg has dedicated its first Jewish cemetery.

In ceremonies earlier this month, Rabbi Moshe Navon, who also heads the Liberal congregation in Bad Pyrmont, inaugurated the community’s section of the Ohlsdorf cemetery, which was supported with a gift of $3,280 for plantings at the site from the Hamburg-West/Südholstein parish church and $1,090 from the Holy Ghost Community in Pinneberg.

Until now, the community has used the main Jewish cemetery in Hamburg-Altona.

Ursula Büttner, vice president of the Pinneberg community’s synod and a frequent guest at the Liberal congregation’s services, called the donation “a sign of reconciliation and peace,” according to the September newsletter of the European Union for Progressive Judaism.

The Hamburg Liberal Jewish Community was officially established in 2004 and is a member of the Union of Progressive Jews in Germany. It reports a membership of about 300, plus a circle of about 200 supporters and friends, including non-Jews. The community’s website says its next aim is to open its own synagogue.

According to the Central Council of Jews in Germany, there are currently 2,445 registered members of the Jewish community in Hamburg.

In related news, the city of Hamburg is planning to submit in December an application to UNESCO, the United Nations organizations responsible for education and heritage sites, for recognition of its main Jewish cemetery — the Jüdische Friedhof Altona — as a World Heritage Site. A decision would not be made until mid-2018.

Covering about 4.6 acres and holding some 8,100 graves, the cemetery — known for its grave designs — was established in 1611 by a Sephardic community originating in Portugal. An Ashkenazi section was added a few years later, and most of those buried there were Ashkenazi. Among the famous personages buried there are the father of the German poet Heinrich Heine. It has been an official German cultural landmark since 1960.

Though officially protected, Jewish cemeteries in Germany are sometimes targeted by vandals. Last week, police in Strasburg reported that unknown perpetrators had knocked down a heavy gravestone in the city’s Jewish cemetery. They have asked the public for assistance in identifying the culprits.