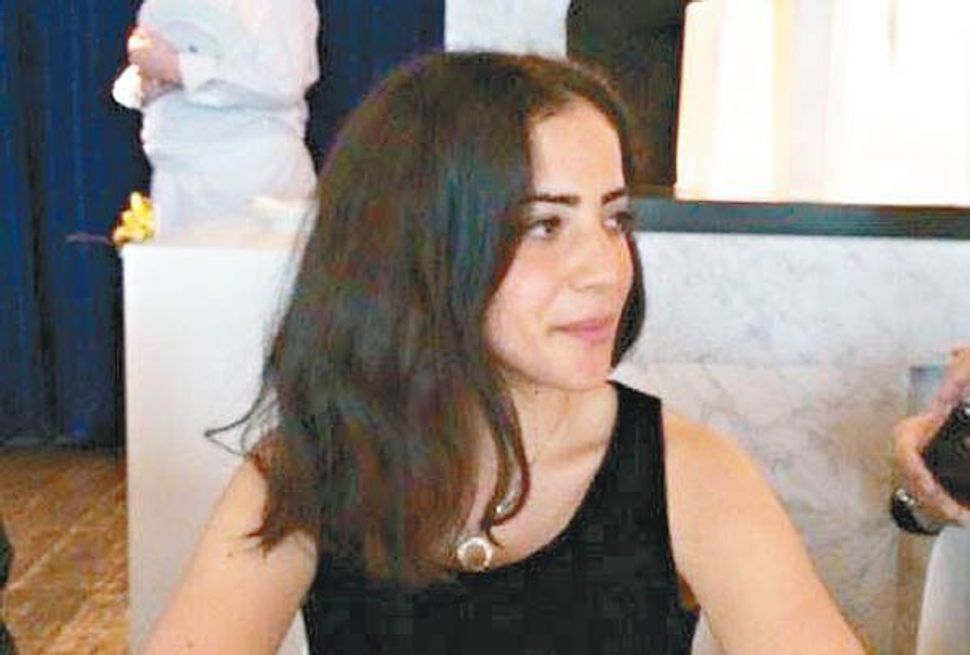 — A French court convicted a university student from Kuwait of incitement to hatred following her anti-Semitic rants in social media.

The High Court of Paris convicted Amira Jumaa, 21, on Wednesday, Le Monde Juif reported. The report did not say whether she was sentenced.

Last year, Junaa lost her internship at the French Consulate in New York and was suspended from the Sciences Po University in Paris for writing a racist Facebook post about Jews. She has since been readmitted pending an internal probe.

“You don’t belong anywhere in this world — that’s why you guys are scums and rats and discriminated against wherever you are. Do not blame it on the poor Palestinians,” she wrote.

In response to being accused of racism, Jumaa wrote: “First of all you dispersed rat, I am not an immigrant from France. I am from Kuwait so my country can buy you and your parents and put you in ovens.”

Separately, Jean Fréderic Poisson, a right-wing politician who said Hillary Clinton is a danger to France and Europe because of her “submission to Zionist lobbies,” as he put it, apologized for those offended by his statements. But he also reaffirmed that his statement reflects his view.

Still, he said during a radio interview for FranceInfo, “my remarks caused concern for many in the Jewish community. I’m sorry. I ask for their forgiveness because this was not my intention.”

But he insisted that Clinton carries “bias” because of an influence he said that AIPAC, the pro-Israel lobby in Washington, has on her.

Poisson is a National Assembly lawmaker whose Christian Democratic Party is a right-wing outlier of the Republicans’ center-right coalition in the 2017 presidential election.

In an article published last week by the Nice Matin newspaper, Poisson, who is one of seven candidates competing for the Republican leadership in the primaries, was quoted as saying about Clinton, the Democratic presidential candidate in the United States, that her “closeness to the super funders of Wall Street and her submission to Zionist lobbies are dangerous for Europe and for France.”

Francis Kalifat, the president of CRIF, the umbrella group of French Jewish communities, demanded Poisson be sanctioned by his party in a statement he made last week.