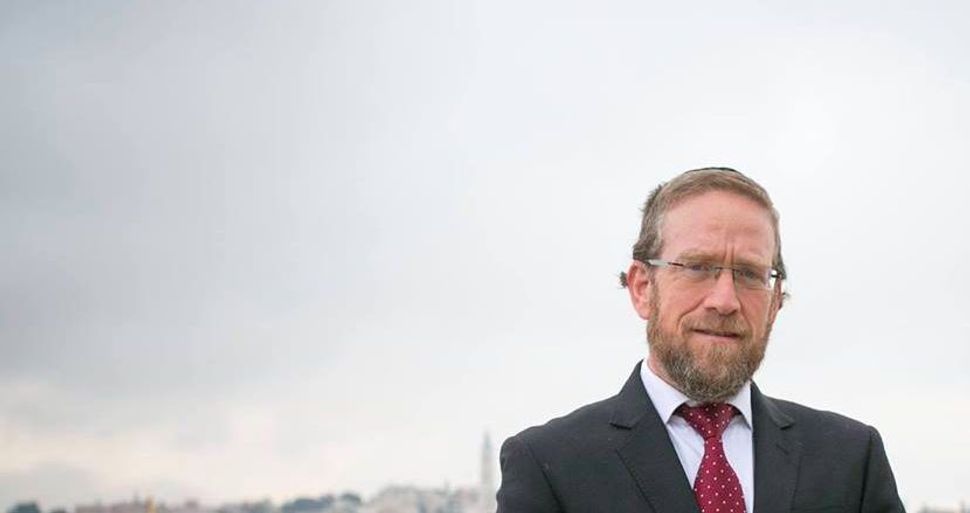 JERUSALEM — Jerusalem’s deputy mayor Yitzhak Pindrus, a member of the haredi Orthodox United Torah Judaism Party, is a registered voter in Ohio and cast his ballot for Donald Trump.

Pindrus told the B’Charedi Charedim news website that he decided to vote in this presidential election because Ohio is a swing state and it increased the importance of his vote.

He told the haredi site that his mother helped him with the technical issues of registering and filling out the forms.

“The rabbinic leadership of the haredi world has instructed us to get involved in politics globally,” he said, adding “Agudath Israel of America has called on Orthodox Jews to exercise their power at the ballot box and I accepted the call.”

He called the lifting of the construction freeze on Jerusalem the “biggest motivator” for voting for Trump, saying he believes that “there is a greater chance for the building freeze that has been imposed by the Obama administration to be lifted with a change in government.”

He added that “as an American citizen, I am not comfortable with the Obama administration’s policies regarding Arab countries.”