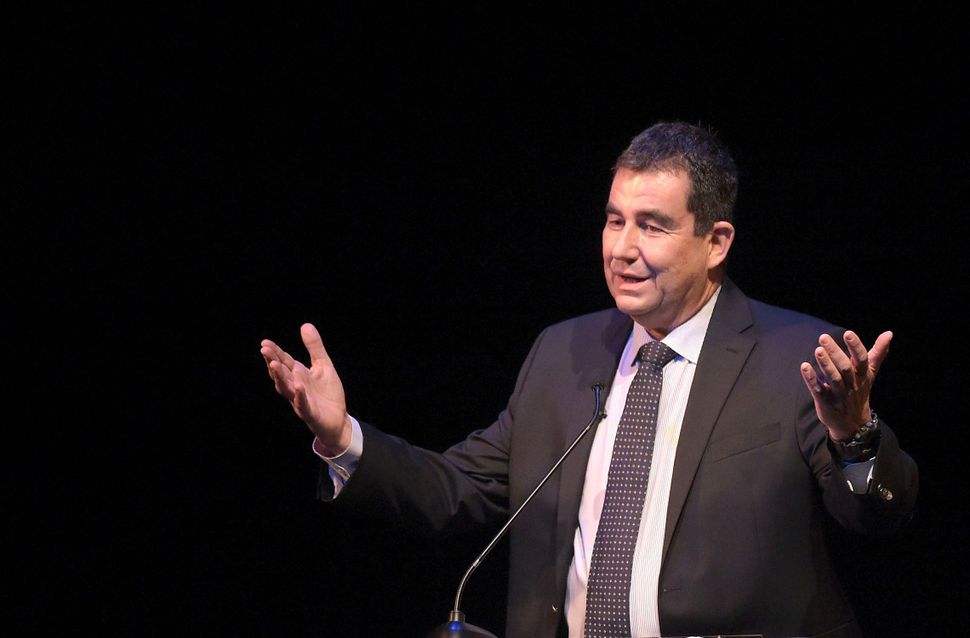 AIPAC, the pro-Israel lobby, confirmed the decision to JTA after Mondoweiss, an anti-Israel publication, reported that a Nov. 10 San Francisco Bay Area event jointly put on by AIPAC and the local Jewish Community Relations Council had been canceled. A JCRC website link still advertises the event, but the web page itself has no content.

The first allegation against Shavit came in an Oct. 19 article in the Jewish Journal of Los Angeles by reporter Danielle Berrin, who  wrote that Shavit assaulted her during a 2014 interview. A second assault allegation, from an unnamed staff member at the dovish pro-Israel lobby J Street, was reported Sunday in the Forward.

Shavit announced he was temporarily leaving journalism due to the allegations.

AIPAC is one of several major Jewish organizations to drop Shavit following the allegations. Hillel International, the campus Jewish group, suspended a speaking tour by Shavit last week. J Street told the Forward that following the accusation against its staffer, it has not allowed him to speak at its events.

The Jewish Federations of North America told JTA that it would have canceled any Shavit events had they been scheduled.