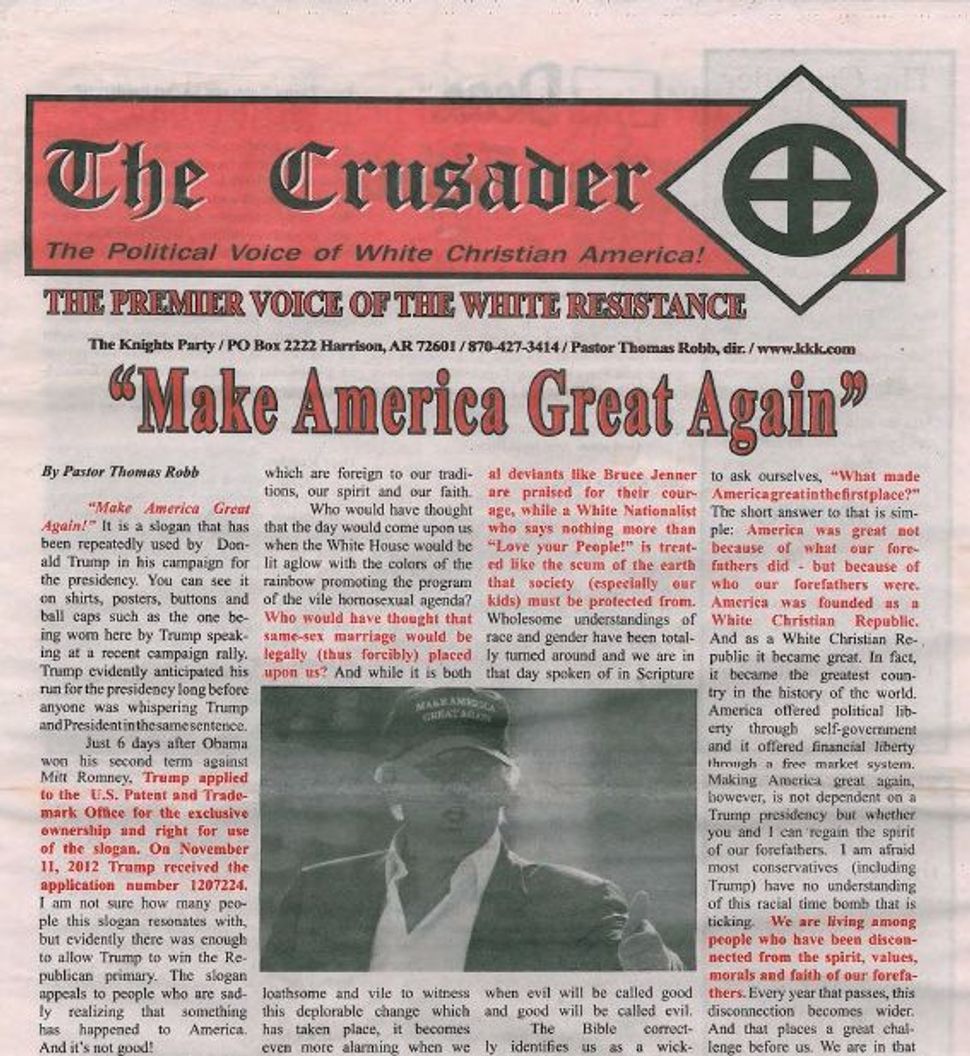 Even for an endorsement-deprived candidate like Donald Trump, this one was a bit too much.

Hours after receiving the news that the Ku Klux Klan newspaper, The Crusader, endorsed his presidential run, Trump turned it down.

“Mr. Trump and the campaign denounces hate in any form,” a campaign spokesman said in a statement sent to the Forward. “This publication is repulsive and their views do not represent the tens of millions of Americans who are uniting behind our campaign.”

The campaign also argued that Trump, his running mate Mike Pence and staffers have denounced any supporters who hold views similar to those of the KKK. In the earlier phases of the campaign, however, Trump retweeted posts from white supremacist sites and was slow to repudiate the support of ex-Klan leader David Duke.

After his rejection of the Ku Klux Klan’s publication’s endorsement, Trump is left, according to a Politico count with only six newspapers nationwide that have endorsed his candidacy. The only major publication among them is Sheldon Adelson’s owned Las Vegas Review Journal.

Trump has attracted significant support from white supremacist individuals and groups who don’t usually embrace national candidates. Earlier in his campaign, he publicly hesitated to disavow this support; for example, in March, he refused to repudiate white supremacist groups, comparing them to Jewish federations and saying he didn’t know enough about them to say anything.