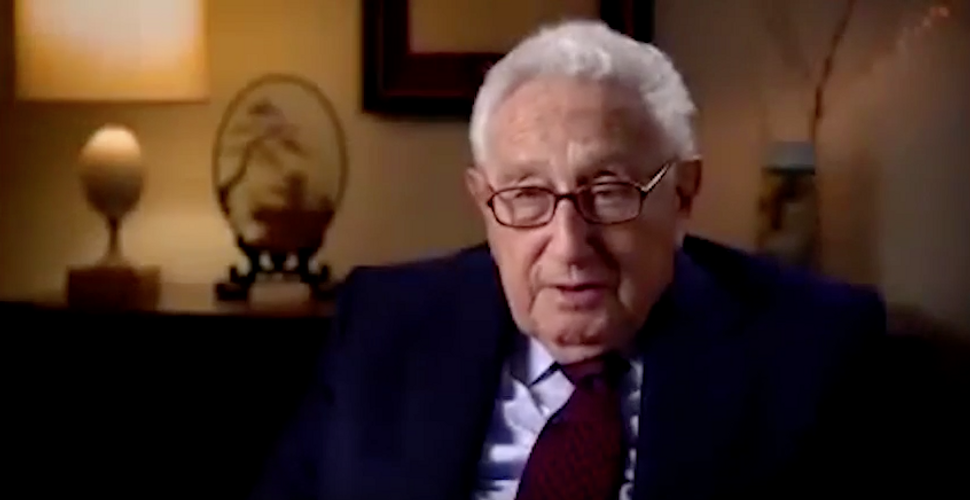 Henry Kissinger, who says in the video that he gives Hillary Clinton “high marks” for public service. Image by YouTube

The National Jewish Democratic Council has its new pro-Clinton video out. Its called “Hillary Validators” and includes an interesting gallery of political figures praising Clinton, in hope to win over Jewish voters.

Alongside Israeli opposition leaders Tzipi Livni and Ehud Barak, the late Israeli president and prime minister Shimon Peres makes an appearance, and so does current leader Benjamin Netanyahu, clearly not a big fan of Democrats.

“As someone who knows a thing or two about political comebacks, I can tell you: ‘I don’t think we’ve heard the last of Hillary Clinton,’” Netanyahu says on the video.

The excerpts, needless to say, were filmed before Clinton’s run for office and are not direct endorsements for Clinton.