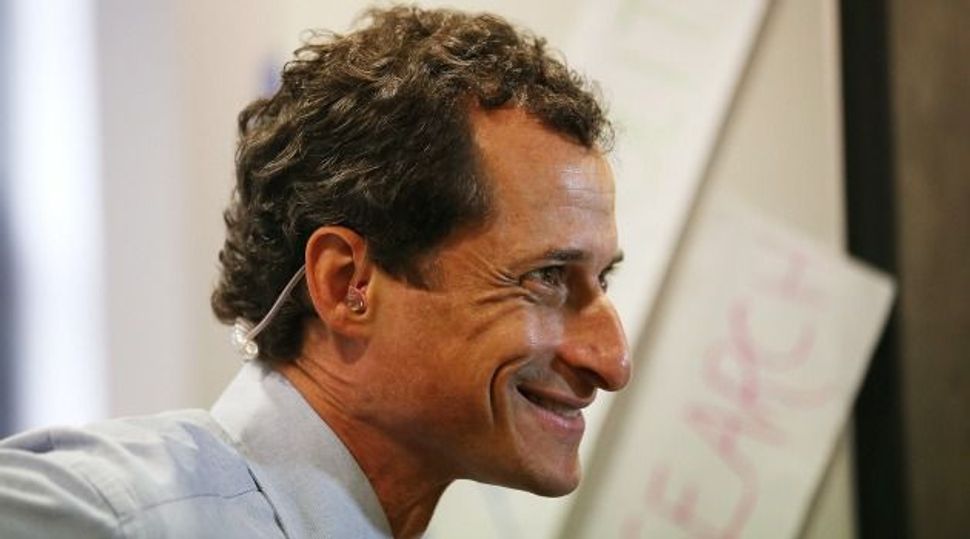 — Former New York congressman Anthony Weiner, whose proclivity for sexting cost him his job, reportedly has checked into a rehab center.

The inpatient addiction treatment facility, which was not named, has a counseling program for addiction to cybersex and exhibitionism, the New York Post reported, citing a report in the British Daily Mail newspaper.

The Post reported that Weiner has not been seen recently at his Manhattan apartment building.

On Friday, the FBI announced a renewed investigation into whether Democratic presidential candidate Hillary Clinton or her aides mishandled classified information that reportedly arose out of the FBI probe of whether Weiner sexted with an underage girl.

Weiner, who is Jewish and was close to the right-wing pro-Israel community while in Congress, is married to a top aide to Clinton, Huma Abedin. They separated this summer when it was revealed that his habit of sexting, or exchanging lascivious images and narratives, which drove him out of Congress and then scuttled his bid for New York mayor, was continuing unabated. It was subsequently alleged that he was in a sexting relationship with a 15-year-old girl in North Carolina, which led to the federal investigation.

The unnamed girl, who is now 16, told BuzzFeed News in an interview published Wednesday that she was upset with FBI Director James Comey for not telling her that the case would return to the national spotlight and possibly affect the presidential race.

In an open letter to Comey published on BuzzFeed, the girl wrote: “I now add you to the list of people who have victimized me. I told my story originally to protect other young girls that might be a victim of online predators.

“Your letter to Congress has now brought this whole matter back into the media spotlight.”

She also wrote: “My neighborhood has been canvassed by reporters asking for details about me. …  Every media outlet from local to national has contacted me and my family to get my ‘story.’ Why couldn’t your letter have waited until after the election, so I would not have to be the center of attention the last week of the election cycle?”