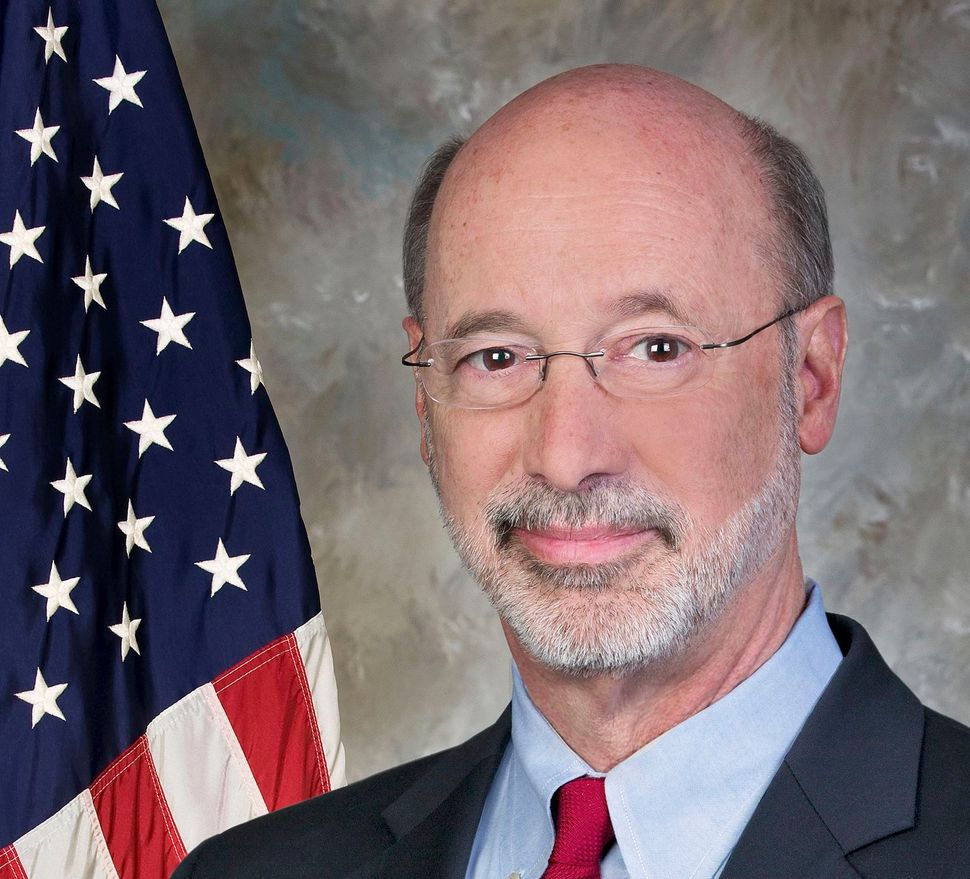 — Pennsylvania’s democratic governor signed into law a bill that requires companies doing business with the state to certify that they do not boycott or discriminate against any sovereign state, including Israel.

This bipartisan bill passed in the Pennsylvania House of Representatives by a vote of 181-9. In the Senate, the bill passed 47-1.

“We must make clear that we are in favor of a peaceful, negotiated solution to this conflict,” Governor Tom Wolf said of the Israel-Palestinian conflict. We will “not encourage economic punishment in place of peaceful solutions to challenging conflicts.”

Some 14 states have passed anti-BDS legislation. The other states are Alabama, Arizona, California, Colorado, Florida, Georgia, Illinois, Indiana, Iowa, New Jersey, Rhode Island, and South Carolina. One state, New York, is under an executive order from the governor to not do business with companies that boycott Israel.