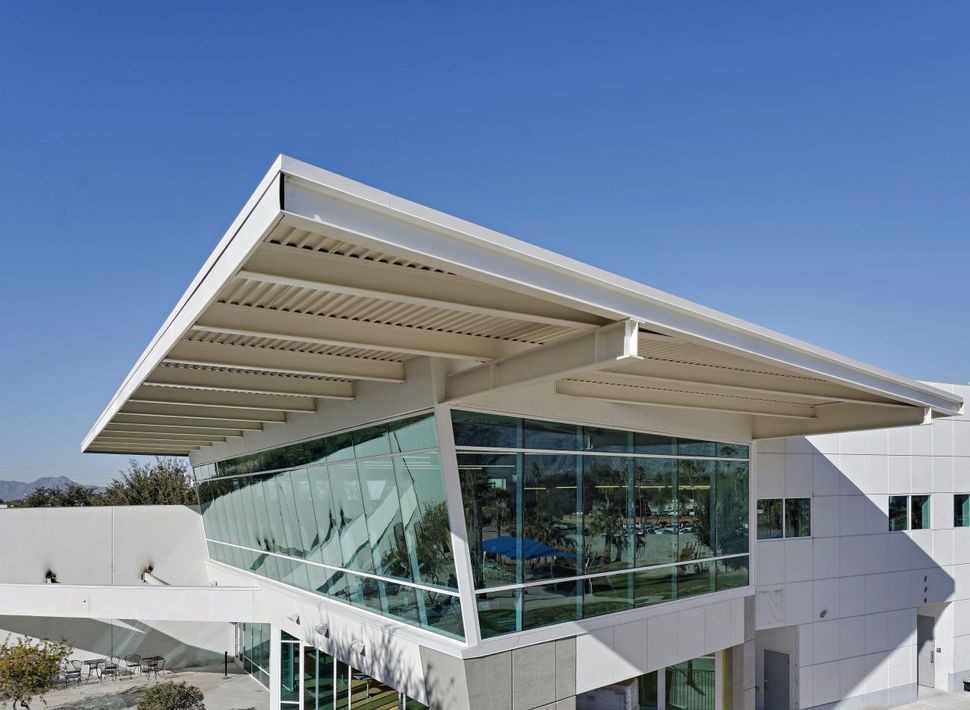 — An Arizona teenager was sentenced to eight years in prison for plotting an attack on government buildings and the Tucson Jewish Community Center.

Khan was arrested in his parents’ home on July 1 and has been held in prison without bail for fear he would flee to Syria or Pakistan. He pleaded not guilty at the time.

His parents have said that Khan is autistic and not capable of carrying out the terror attacks he had planned. Family and friends who testified on his behalf described him as, having poor impulse control and a childlike demeanor, according to the Arizona Republic, which added that they spoke of Khan’s developmental and cognitive issues.

Khan reportedly been known to the FBI since he was 15 years old and reportedly spent 45 days in a mental institution.

The FBI told the court during the trial that Khan had described himself in an email as an “American jihadist” who supports the Islamic State. In contact with undercover FBI agents, Khan said he wanted to carry out “lone jihadist” attacks that would kill hundreds of people in Arizona.

In addition to targeting the Tucson JCC, a Motor Vehicles office in Mesa and an Air Force recruitment center in Tucson were in his sites. Khan revealed his desire to attack the JCC while speaking with an undercover FBI employee in 2015.

Khan lived with his family in a gated community in north Tucson. He had threatened to kill his parents if they discovered his scheme and tried to turn him in.