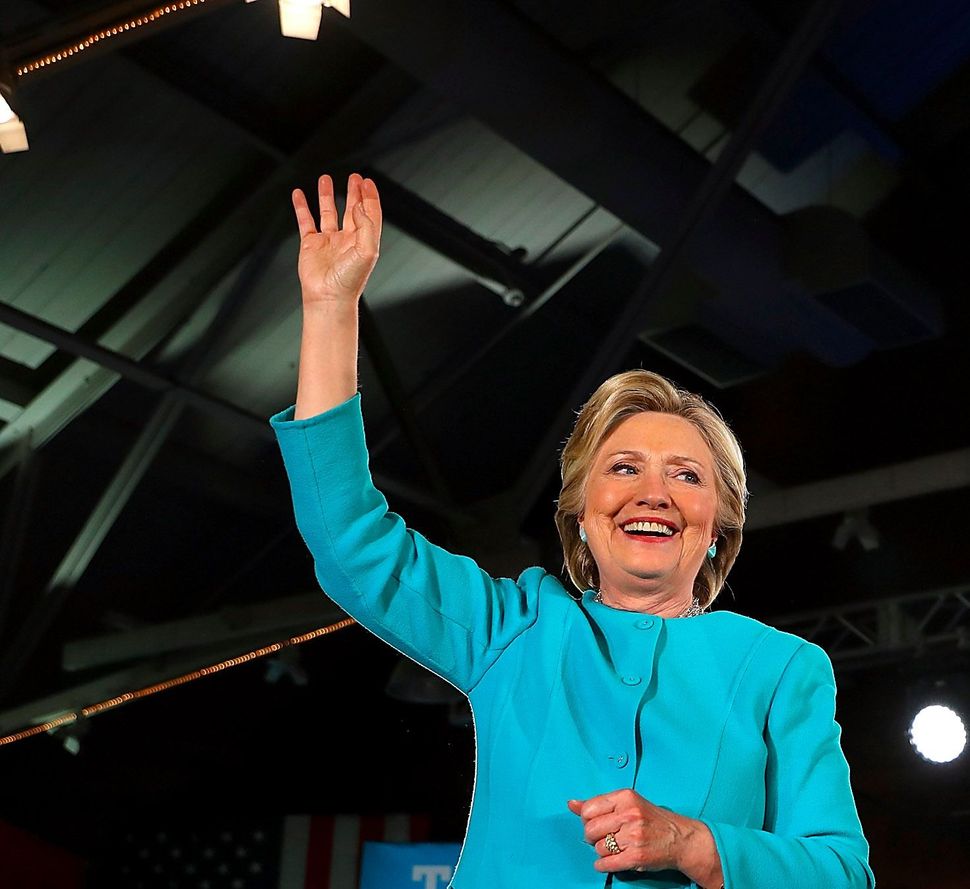 Democrat Hillary Clinton heads into the final day of a tight White House race against Republican Donald Trump on Monday with new momentum after the FBI’s announcement that no criminal charges were forthcoming in the probe of her email practices.

Both Clinton and Trump will spend the day racing across a handful of key battleground states that could swing Tuesday’s election, which polls show is extremely close but tilting toward Clinton.

FBI Director James Comey sent shockwaves through the race by telling Congress on Sunday that investigators had worked “around the clock” to complete a review of newly discovered emails and found no reason to change their July finding that Clinton was not guilty of criminal wrongdoing in her use of a private email server while secretary of state.

Whether the announcement came in time to change minds or undo any damage from days of Republican attacks on Clinton as corrupt was uncertain. Tens of millions of Americans had cast early votes in the 10 days since Comey first told Congress of the newly discovered emails.

Clinton’s Democratic allies hoped the FBI finding would be enough to push her over the finish line and end the uncertainty and Republican attacks on her character that dogged her campaign for the last 10 days.

“The FBI’s swift and thorough review should finally close the door on this Republican sideshow,” House Democratic leader Nancy Pelosi said, adding the election would now be decided “on the merits of the candidates” rather than innuendo.

But Republicans kept up their criticism of Clinton despite Comey’s announcement.

“She simply believes she’s above the law and always plays by her own rules,” House of Representatives Speaker Paul Ryan said in a statement, arguing that Clinton’s use of a private email server “compromised our national security.”

The latest emails were discovered as part of a separate probe of former Democratic U.S. Representative Anthony Weiner, the estranged husband of Clinton aide Huma Abedin. Weiner is the target of an FBI investigation into illicit text messages he allegedly sent to a 15-year-old girl in North Carolina.

Federal investigators got a warrant to examine the emails to see if they were related to the probe into Clinton’s private server. Democrats reacted angrily to Comey’s intrusion into the race and demanded quick action in examining the emails.

“I am very grateful to the professionals at the FBI for doing an extraordinary amount of high-quality work in a short period of time,” Comey said on Sunday.

Almost all the emails turned out to be copies of previously examined ones.

But Democrats did not let Comey and the FBI off the hook. U.S. Senator Dianne Feinstein of California said Sunday’s announcement made Comey’s earlier letter “even more troubling” and called for the Justice Department to review its procedures to prevent similar actions to influence future elections.

Clinton did not mention the FBI finding during her last two campaign events on Sunday, but Trump was blunt in questioning the thoroughness of the renewed probe and saying the issue would not go away.

“The investigation will go on, the rank-and-file special agents won’t let her get away with her terrible crimes,” he told supporters in Sterling Heights, Michigan, on Sunday night.

Clinton will make two stops in Pennsylvania and visit Michigan before wrapping up with a midnight rally in Raleigh, North Carolina. Earlier, she will appear at an evening rally at Philadelphia’s Independence Hall with President Barack Obama and first lady Michelle Obama, as well as rock star Bruce Springsteen.

News of the renewed probe had appeared to fuel a recent slide in Clinton’s poll numbers. The latest Reuters/Ipsos poll showed Clinton with a 5 percentage point lead over the New York businessman nationally – 44 percent to 39 percent support – while races in the swing states of Florida and North Carolina shifted from favoring Clinton to being too close to call.