Italian Soccer Coach Seeks To Step Back From Support for Facsism 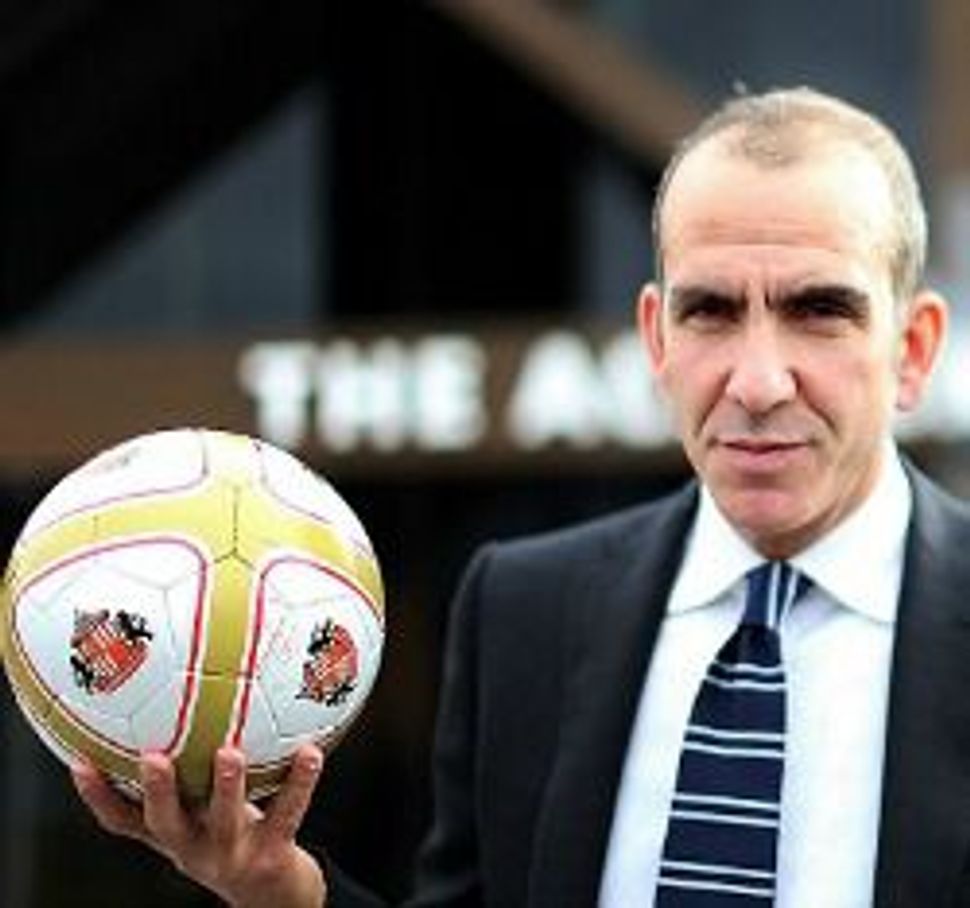 ROME — A former Italian soccer player who was suspended as a TV commentator after displaying on air a pro-Fascist tattoo says he repudiates “anti-Semitic, racist, discriminatory, and violent” views.

Paolo Di Canio made his statement in a letter to Noemi Di Segni, the president of the Union of Italian Jewish Communities, or UCEI, saying he wanted to send a message to the entire Jewish community.

In September, the Sky Sports Italia channel suspended Di Canio after he appeared during soccer coverage wearing a short-sleeved shirt that revealed his tattoo reading “DUX.” The Latin term for leader, Dux is the origin of the Italian term “Il Duce” – which was the title chosen by Benito Mussolini, who ruled Italy for two decades and was an ally of Adolf Hitler.

“I believe, without ifs, ands, or buts, that Mussolini’s racist laws were a terrible infamy for the history of our country, an infamy that caused immense tragedy for thousands of Jews in Italy,” Di Canio wrote to Di Segni, saying that this was his “convinced and determined” position.

He said that as a public personality he felt the need to contribute “to sensitize our young people toward sentiments of solidarity and respect, to unite and not to divide, against any form of hatred, anti-Semitism, and racism.”

Di Segni did not respond directly, but, according the UCEI web site moked.it, noted that:  “A sense of responsibility in stemming any hatred, which weighs even more heavily on those who address the general public and who, by playing a specific role has clear media recognition, inevitably contributes to form the conscience and opinions, especially of young people.”

Italian Soccer Coach Seeks To Step Back From Support for Facsism