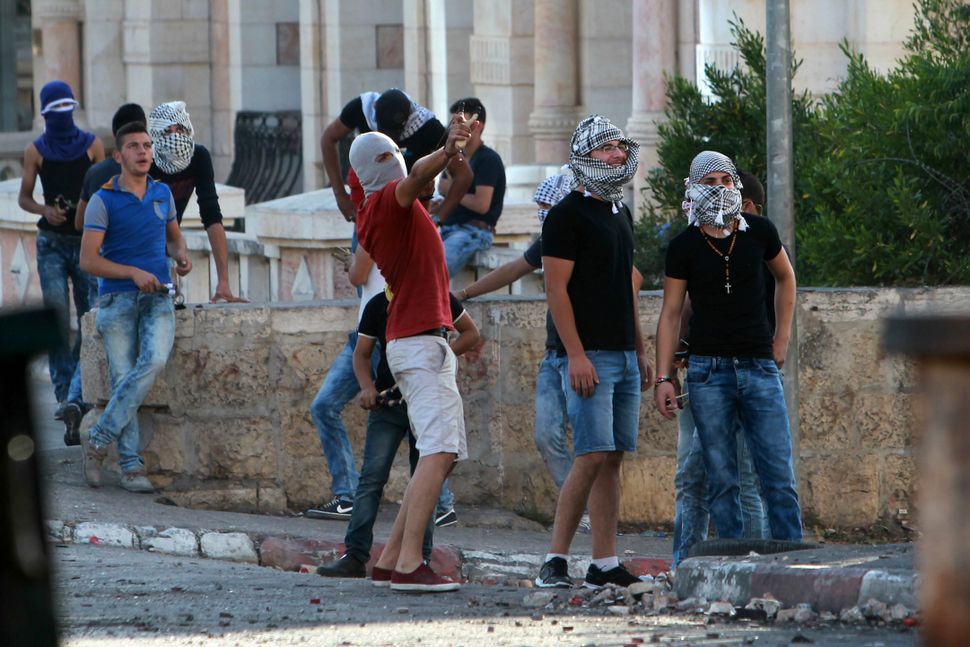 An Israeli court sentenced a 14-year-old Palestinian boy to 12 years in prison on Monday for his part in a stabbing attack that wounded two Israelis in October last year.

The boy, named by Palestinian officials as Ahmed Manasra, carried out the attack in an Israeli settlement north of Jerusalem along with his 15-year-old cousin. The cousin was shot and killed by an Israeli passerby, while Manasra was wounded.

It was one of the first stabbings in a months-long wave of violence that caused alarm across Israel. The attack seriously wounded a 12-year-old Israeli boy who was riding on his bicycle and lightly injured a man. Both have recovered.

At the time, the incident caused widespread controversy because the Palestinian authorities accused Israel of killing both attackers. They subsequently discovered that the younger boy, sentenced on Monday, was still alive and being treated for his injuries in an Israeli hospital.

In passing sentence, the Jerusalem District Court barred the naming of the boy because he is a minor. But his identity has already been exposed by Israeli authorities and the Palestinian Prisoners’ Association issued a press release naming him.

Over the past year, Palestinians, many acting alone and often using rudimentary weapons, have killed at least 35 Israelis and two visiting Americans in similar attacks.

During the same period, at least 226 Palestinians have died in violent incidents in the West Bank, East Jerusalem and the Gaza Strip. Of those, Israel has identified 154 as assailants, while others were killed during clashes and protests.

Palestinians have accused Israeli police and soldiers of using excessive force in many cases, saying the assailants could have been stopped or detained without being shot and killed. Israel has opened investigations into several incidents.

Palestinian leaders say the assailants are acting out of desperation over the collapse in 2014 of peace talks and the expansion of Israeli settlements on occupied land that Palestinians seek for an independent state.

In other sentences handed down by the same court on Monday, a Palestinian woman who suffered severe burns when she tried to attack Israeli security officers at a West Bank checkpoint by blowing up a gas canister was sentenced to 11 years in jail.

Two other minors, aged 15 and 17, were handed 11-year sentences for attacking a group of Jewish worshippers at Damascus Gate, a central entrance for Palestinians to Jerusalem’s Old City and the scene of many attacks. One person was lightly hurt in that attack.

The court verdicts, delivered by the same three judges, laid out in detail personal issues and family strife afflicting the assailants, offering those conditions as part of the reason why they may have carried out the attacks.