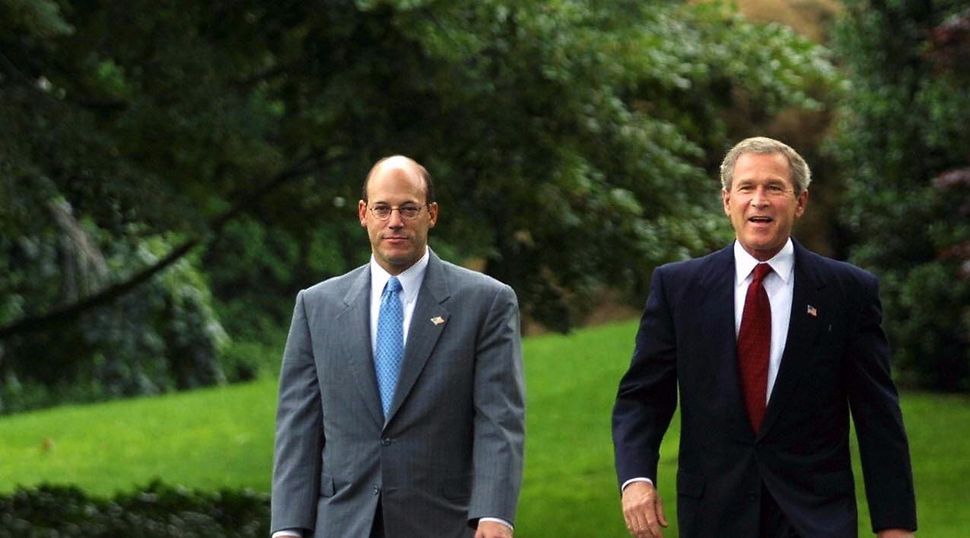 — Ari Fleischer, a White House press secretary under President George W. Bush, said he will leave his presidential ballot blank, walking back his endorsement of Donald Trump earlier this year.

Fleischer, who serves on the board of the Republican Jewish Coalition, cited several reasons for his change of heart in a Washington Post op-ed.

“Trump lost control of himself and his message,” Fleischer wrote Friday. “He veered recklessly off track, attacking an American judge for his Mexican heritage, criticizing a war hero’s family, questioning the legitimacy of the election and otherwise raising questions about his judgment.”

In May, Fleischer had endorsed the billionaire real estate magnate, writing on Twitter, “There’s a lot about Donald Trump that I don’t like, but I’ll vote for Trump over Hillary any day.”

“I will vote for Republicans up and down the ballot. But when it comes to the presidency, I’m going to leave my ballot blank,” he concluded.

A JTA survey of the Republican Jewish Coalition board showed that more than 80 percent of members have declined to donate to their party’s presidential nominee, either directly or through a body called the Trump Victory Committee, which is jointly run by the campaign and the Republican National Committee. The group endorsed Trump in May.

The numbers from the JTA survey stand in stark contrast to previous election cycles. In 2012 and 2008, the vast majority of the current board members donated to Mitt Romney and John McCain, respectively, with many giving the maximum direct donation of $5,000.

This year, while many of the board members donated to Republican presidential candidates during the primaries, most have kept their wallets closed as Election Day is at hand.