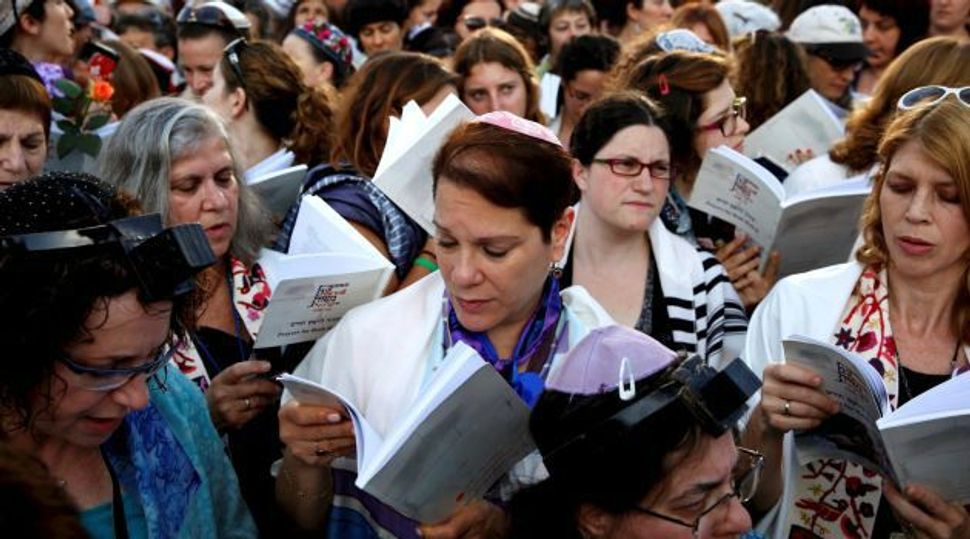 JERUSALEM — The head of the Knesset Interior Committee called for the Israeli government to cancel the Western Wall egalitarian prayer agreement, saying “It’s not the end of the world if American Jews get offended.”

David Amsalem of the ruling Likud party made the remarks during a committee meeting Tuesday on implementing the deal. Prior to the meeting, the committee toured the Western Wall plaza in order to better understand the current and proposed arrangements. Haredi Orthodox committee members, as well as both of Israel’s chief rabbis, did not attend the tour, reportedly because leaders of the Reform movement were participating.

At the committee session, haredi Orthodox lawmakers left the room every time representatives of the Conservative and Reform movements spoke at the podium, according to Haaretz.

“I don’t believe in it, and I think we have to go back to what was, “Amsalem said of the egalitarian plan during the session, Haaretz reported. “With all due respect to the Americans and American Jews, they cannot be influencing what goes on here. Let them get insulted if they want. There’s nothing wrong with that. They’re not doing us any favors. “

Under the agreement announced in January and approved by the Cabinet in a 15-5 vote, the egalitarian section at the wall near Robinson’s Arch would be expanded and placed under the authority of a pluralist committee. The plan called for solidifying haredi Orthodox control over the site’s traditional Orthodox section.

Amsalem also blamed the violence at the Western Wall plaza last week, when leaders of the Reform and Conservative movements brought at least 12 Torah scrolls into the women’s section for a prayer service, on the non-Orthodox movements. The protesters for egalitarian worship at the Western Wall, who were demonstrating against the lack of progress on the January agreement, were met with pushing and shoving by haredi Orthodox worshippers and berated with cries including “Nazis” and “whores.”

“Those who held the Torah scrolls in their hands are the ones who instigated the violence,” he told the committee.

On Monday, Israel’s interior minister, Aryeh Deri of the Sephardic Orthodox Shas party, called Reform Judaism an “imitation” and said he “can do without that Judaism” during a question-and-answer session in the Knesset.