Nervous to the End, Jews in Brownstone Brooklyn Vote — and Gird for Long Night 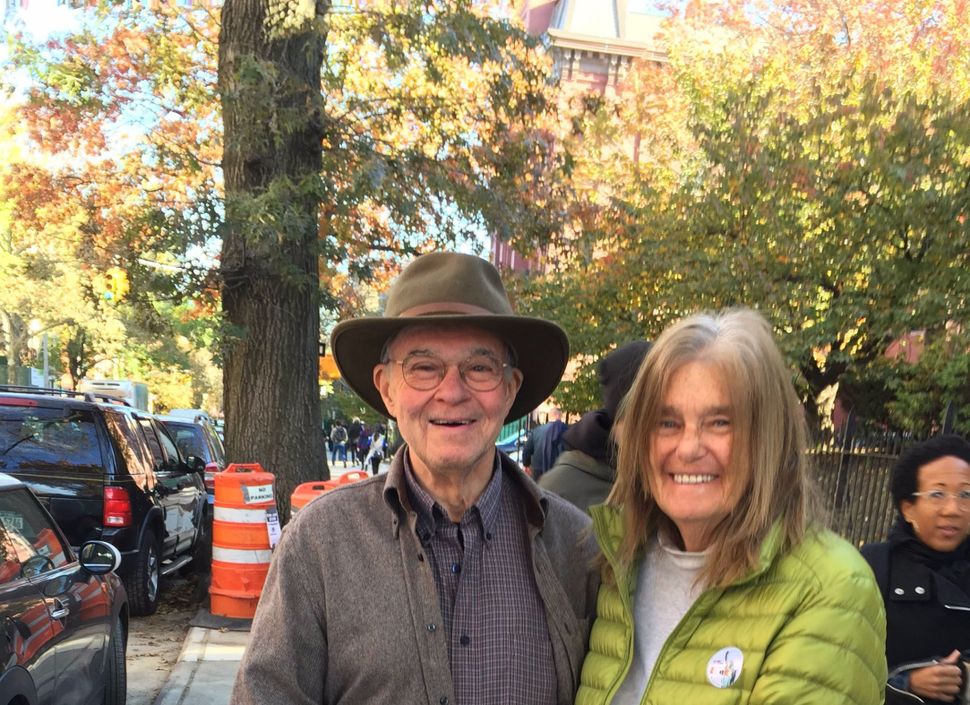 Pam Lipshitz is having an anxious birthday.

Stopped outside her Park Slope polling site on Tuesday morning, the Jewish publicist told the Forward that she was worried sick over the election.

Despite it being her birthday, Lipshitz’s plans were subdued: Work, then home to watch the election results with her husband, with a bit of champagne to lighten the mood. 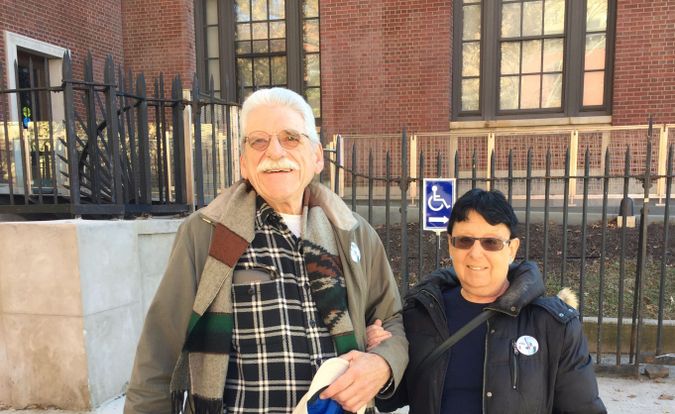 Lipshitz’s anxieties were shared widely on the leafy Brooklyn street, where voter after voter told the Forward that they were leaving the polling place frightened.

“Terrified,” said Diane Himmelbaum, as she left the library with her husband Frank. Their plans for the rest of the day? “Bite our nails,” Diane said.

Gail and Ed Temple were no more sanguine.

“It really does keep me up,” Gail Temple said. “Gives him a heart attack.”

Ed Temple said he would have preferred to vote for Bernie Sanders. “Hillary is just fine,” Gail said.

Perhaps the most relaxed voter who spoke with the Forward was Sean Fagan, a young Brooklynite who works on staff at Bend the Arc, a Jewish social justice not-for-profit. Fagan said he felt relief leaving the voting booth.

“Mostly because my organization has spent an entire year fighting against the racist and xenophobic policies of (Donald) Trump,” Fagan said. “It’s nice to take direct action through voting.”

Fagan said he was headed to work to spend the rest of the day encouraging Jews to vote.

Nervous to the End, Jews in Brownstone Brooklyn Vote — and Gird for Long Night