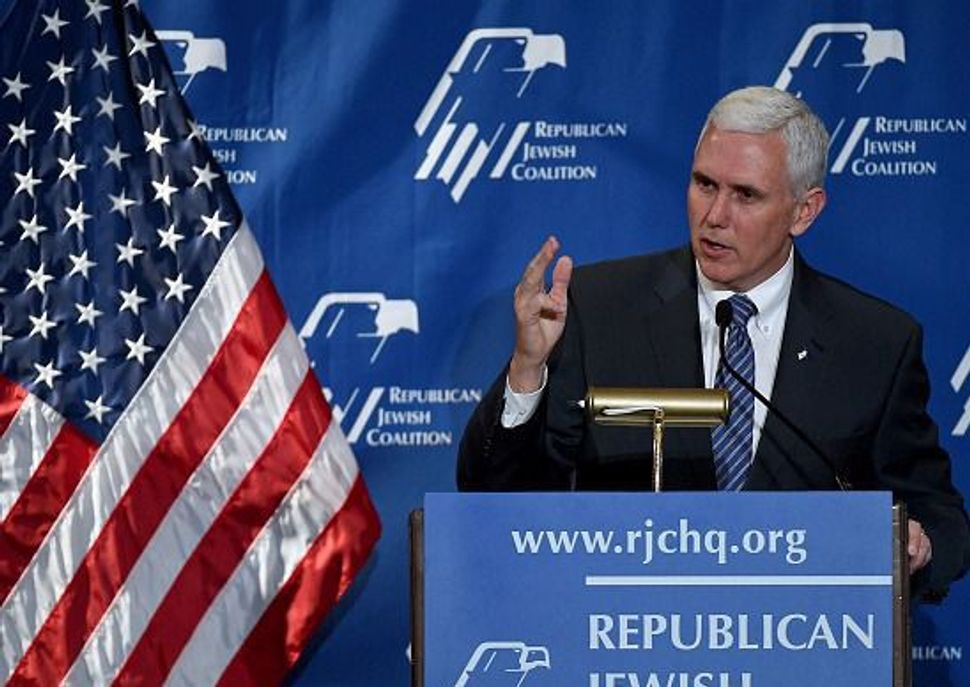 The day after a sweeping Republican victory, the Republican Jewish Coalition suggested that the Anti-Defamation League would have few friends in the Trump White House.

The anti-Semitism watchdog might have gone too far in its criticism of Donald Trump and his supporters during the presidential campaign, said Matt Brooks, the RJC’s executive director.

“We need to have an examination,” Brooks said. “I understand that they are an important watchdog on these things, but it seems to me that at critical times in the course of this campaign, a pattern emerged where the ADL put their thumb on the scale.”

The ADL has been drawing attention to anti-Semitism in Trump’s orbit for months. The group published an attention-grabbing report in October on online anti-Semitic harassment of journalists, largely by Trump supporters, during the presidential campaign.

And just days before the election, the ADL criticized a Trump campaign ad, alleging that the ad employed images and rhetoric that “touch on subjects that anti-Semites have used for ages.”

“This needs to stop,” the ADL’s CEO, Jonathan Greenblatt, said at the time.

The ADL did not make an endorsement in the presidential race. As a tax-exempt charity, the group is barred by law from intervening in political campaigns. The Internal Revenue Service has the power to strip the tax exemptions of charities that break rules surrounding political campaigns.

“I think it bears watching, and I think that the ADL has put itself potentially in a compromising position going forward, in terms of its ability to interact with the incoming administration,” Brooks said of the ADL’s activities during the campaign.

In a statement, the ADL’s Greenblatt said that the organization had never taken sides in an election. “For the more than 100 years, we have called out anti-Semitism and other forms of bigotry whenever we see it and wherever its source,” he said. “This is not a matter of politics, but of principles.”

In a statement issued earlier on Wednesday, the ADL congratulated Trump. “We welcome Mr. Trump’s pledge that he will be president for all Americans, and that he will seek the common ground and reconciliation that has been the hallmark of American elections and the transitions that follow,” the group said.