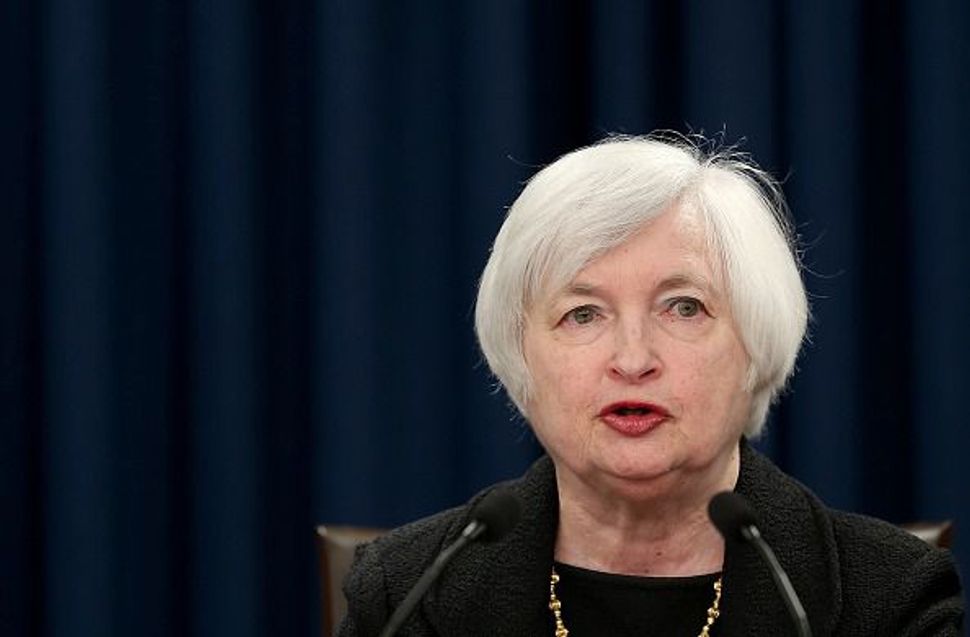 President-elect Donald Trump and Fed Chair Janet Yellen may emerge as unlikely allies as the incoming administration moves towards policies Federal Reserve officials have long advocated and the Fed contemplates a “high-pressure” economy to try to boost jobs and wages, at least in the short term.

Top Trump adviser David Malpass on Thursday seemed to set aside any likely assault on the Fed’s leadership or structure in a new administration that will be preoccupied with delivering on campaign promises from repealing the Affordable Care Act to rewriting trade policy and the tax law.

“The Fed is independent … I think people should move on from the Fed and talk more about the other policies that will change rather quickly,” Malpass, an economic adviser, said in an interview with CNBC television.

The prospect of a unified government, new infrastructure spending, and regulatory reform drew positive remarks from Fed officials long frustrated that political gridlock in Washington has stymied the sorts of decisions that could improve U.S. economic prospects over the longer term.

With a Republican-controlled House and Senate, Trump has the opportunity to use his time in office to radically reshape the American economy.

“It certainly breaks gridlock in Washington, which has been a key complaint of how the economy has operated,” St. Louis Federal Reserve Bank President James Bullard told reporters on Thursday after Trump won this week’s presidential election.

Bullard was not the only official at the U.S. central bank to greet Trump’s presidency, once viewed as unlikely, and the prospect of more spending. Chicago Fed President Charles Evans said the prospect of “productive” infrastructure investment would be “good news.”

TRUMP HONEYMOON, BUT MAY SPARK INFLATION

The honeymoon – even with leaders of Trump’s own party — could prove short lived.

Trump’s economic plans are at odds with the more fiscally cautious approach favored by House Speaker Paul Ryan, who he was due to meet on Thursday. And if inflation surges too quickly, because of Trump’s trade actions or for other reasons, the Fed may hike interest rates far faster then expected, curbing the job and wage growth Trump has pledged he can deliver for the middle class.

Trump’s election also adds a potentially large dose of uncertainty to the Fed’s economic forecasts, which will now have to account for possibilities as blunt as a trade war if the incoming administration follows through on threatened tariffs and as nuanced as the growth and inflation implications of a new health care law.

But markets have so far taken the election results in stride. Expected volatility in equity markets has not materialized, and investors had maintained their view that the Fed is highly likely to raise rates when it meets in December.

Most economists expect the Fed to deliver two more rate rises next year. It raised rates for the first time in a decade in December 2015.

Bullard, among the first Fed officials to speak since Tuesday’s vote, said things were “basically on track,” without signs yet of the sort of volatility that followed recent political shocks such as Britain’s June vote to leave the European Union which forced the Fed to change its rate outlook.

And it is possible that Trump, the brash New York developer, and Janet Yellen, the daughter of Jewish immigrants, who grew up in the neighboring New York boroughs of Brooklyn and Queens in the late 1940s, could find themselves surprisingly in sync.

Last month in Boston, Yellen delivered a major economic address in which she conjectured that the damage done by the 2008-9 financial crisis to the U.S. economy might require the Fed to pursue a “high-pressure” policy that risked faster inflation in order to spur investment, hiring and higher wages.

Trump’s large tax cuts and infrastructure spending could be the sort of policies that might be needed if the Fed concluded that the United States had slipped into an era of “secular stagnation,” a fundamental shift to low or no economic growth.

It is also consistent with some of the dovish ideas offered by Fed Governor Lael Brainard, a former Obama administration official and backer of Democratic nominee Hillary Clinton.

Fed officials across the spectrum have said they felt the U.S. and global economies might benefit from more public investment, particularly if targeted to projects that would have a long-term payoff in the form of higher productivity.

Monetary policy, they have said, might be at the limit of its effectiveness, and efforts by other branches of government were needed to pick up the slack.

That could help the Fed’s own troubles by reviving inflation and allowing it to move more steadily towards higher interest rates, something the Fed desperately wants to do so it can fight any future recession with traditional monetary policy rather than quantitative easing or other unconventional methods needed when rates hit zero.

For Trump, the payoff from a gradualist Fed would come in faster wage and job growth. Analysts note that since the 1970s, the one period when lower and middle income households made up the most ground economically was the late 1990s, when the Fed kept rates low even as unemployment fell to unusually low levels.