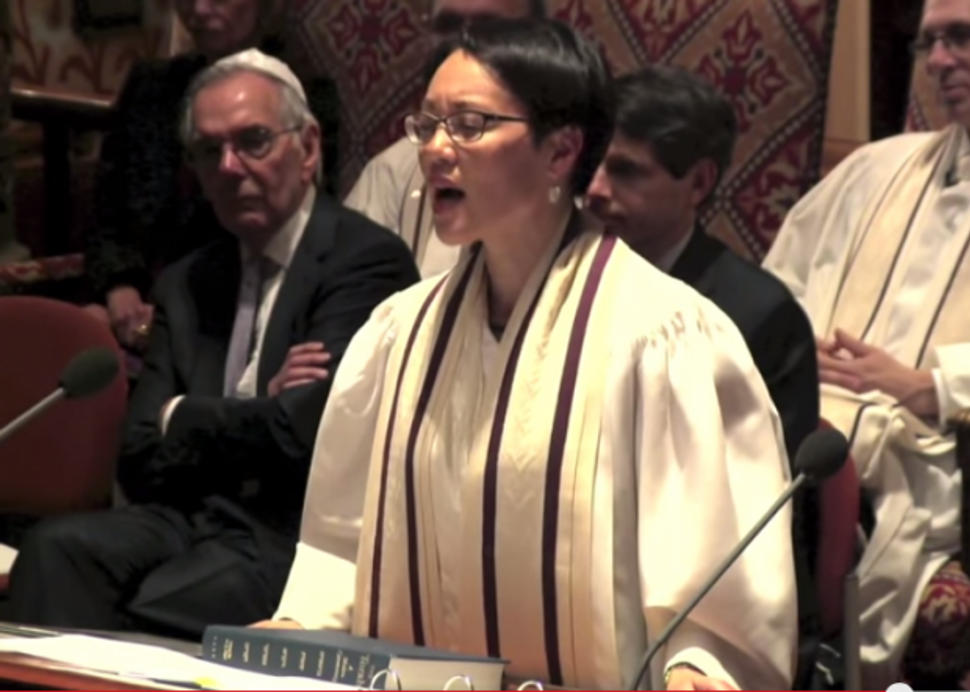 Based on his campaign statements and conduct, many see Donald Trump’s ascension to the White House not as a disappointment or even a bitter defeat, but as a mortal threat: to constitutional protections; to a society based on equal rights; to their own safety as Jews; to the survival of a humanly habitable earth; even to America’s continued avoidance of nuclear war.

So at this moment in our country’s history what are rabbis teaching, saying and doing?

Some of their acts are as simple as hosting a potluck dinner, like Rabbi Francine Green Roston in Montana; or inviting people to gather in discussion circles as Rabbi Amichai Lau-Lavie in Manhattan and Rabbi Shmuly Yanklovitz in Arizona have done. Rabbi Jon Spira-Savett is creating a forum where political candidates who recently opposed each other can actually speak to each other, and to the community, more calmly now.

Meanwhile, Rabbi Lucy Dinner in North Carolina, Rabbi Jesse Olitzky in New Jersey and Rabbi Menachem Creditor in Berkeley are creating venues where interfaith groups can come together over shared concerns. Still, there are some, like like Rabbi Rachel Nussbaum in Seattle, who are not yet sure what concrete steps to take and wish to take time to mourn, first.

In the two years they have lived in Whitefish Montana, Green Roston’s children have seen anti-Semitism first hand. Her son in middle school had classmates sing “Happy Birthday” to Hitler in their school cafetera on April 20 and her daughter contended with Holocaust deniers in her advanced placement European History class in 10th grade. She is hearing that people are in “grief and shock” at the election results. They are asking, “will I be safe?” and “will hateful rhetoric be turned into action?” Green Roston told the Forward in a phone interview. “We just have to be even more vigilant and active in creating a healthy community, and not allow racism or xenophobia or anti-Semitism to take root,” she said.

Before the election, Green Roston had planned a for Sunday a “post election social to get together and talk about what tradition can teach us about strengthening community. She knows there are voters on both sides of the aisle among her constituents at the Glacier Jewish Community B’nai Shalom. She also initiated a community wide potluck Friday night dinner November 11 because “people sitting and having a meal and sharing ritual can unite us.”

Spira-Savett is best known outside of his Nashua, New Hampshire congregation Beth Abraham for asking Hillary Clinton a question about her spiritual life at a town meeting in March. Spira-Savett is himself is a registered independent. “I can promise you that I will not identify the prophets or the Torah with one party,” he told congregants in his Yom Kippur sermon last year. “I made a personal decision a few years ago to register as an undeclared voter. It is a way of training myself to make the Torah a measure of my political philosophy, and not the other way around.”

Spira-Savett, meanwhile, is organizing a forum for the candidates for the opposing U.S. Senate candidates, Democratic victor Maggie Hasson and defeated GOP incumbent Kelly Ayotte, to speak with interfaith leaders in a public meeting.

In New York City, Rabbi Amichai Lau-Lavie of the Lab Shul told the Forward that he was thinking about his grandfather, a rabbi in Piotrków Trybunalski, Poland who passed up an opportunity to leave his community before the Holocaust but chose to stay with his congregants. He wonders what his grandfather would be saying now. Lau-Lavie, recently ordained by the Jewish Theological Seminary, said that his message to his congregants has been to “be in circles in conversation and listening“ and to “encourage hope, trust in democratic institutions and the process ahead, not jump off the train any time yet.”

Lau Lavie will be speaking about this week’s Torah portion Lech Lecha (Genesis 12:1- 17:27) as “the story of a leap of faith into the unknown, to figure out how to leave the familiar safe feel of things as they were and forge new paths of identity without losing our unique flavor. He concluded this is a time to, “be more strategic and more vigilant, to work together against who ever or whatever it is that opposes progress and human rights.”