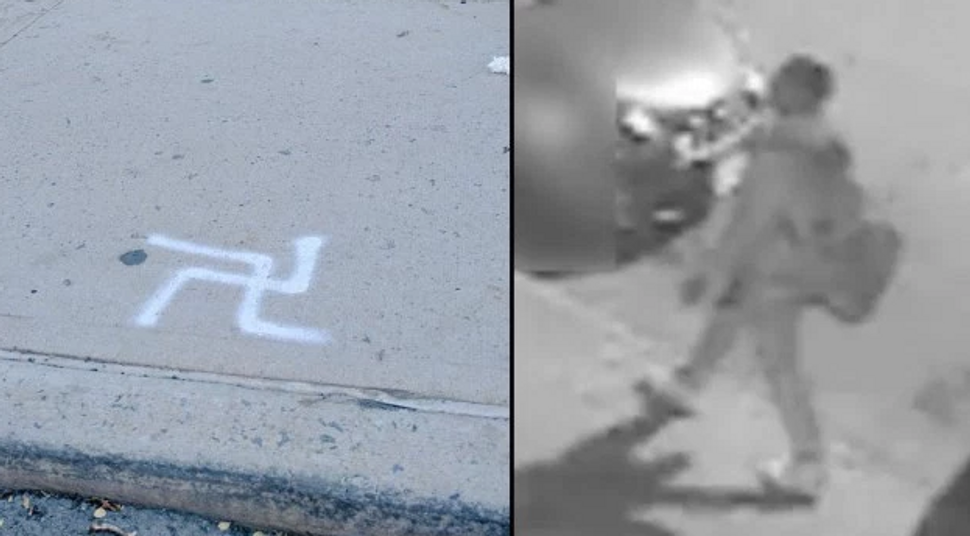 Surveillance video was released of a suspect wearing a gray sweater and backpack, who is believed to have spray-painted a large swastika in front of a 78-year-old man’s home in Brooklyn on Saturday, police said. The man’s residence is in the borough’s Crown Heights section, a predominantly Jewish area.

Also on Saturday, swastikas were drawn on four dormitory doors at the New School, a progressive private university in Manhattan that includes the renowned Parsons School of Design.

School president, David Van Zandt, said police were investigating, and that the graffiti was “intended to threaten and express hatred toward some of our students because of their identity.”

Since the vote, Trump himself has called for peace and unity, and has denounced the white supremacist groups that supported him.

Some Trump supporters say they, too, have been subjected to ugly rhetoric and worse from opponents.

In an annual report on U.S. hate crimes, the Federal Bureau of Investigation said on Monday that the number had hit 5,850 last year, up 7 percent from 2014.

Anti-Jewish crimes were up 9 percent, and made up more than half of the 1,244 hate crimes based on religion. Anti-Muslim bias crimes rose 67 percent from 2014, to 257, the data showed.

Bias crimes against African-Americans were up 7 percent last year to 1,745, making up 30 percent of all hate crimes.

A day after the election, the Southern Poverty Law Center (SPLC), which monitors hate groups, began tracking reports of hate crimes made to the center, in the news and on social media.

By Monday, they had tallied more than 300 reports of physical or verbal altercations and vandalism, said Ryan Lenz, editor of the SPLC’s Hatewatch blog.

While that appeared to represent a “sharp uptick,” Lenz said, the organization only began such monitoring after the vote and could not make a comparison with numbers prior to the election.

Among the incidents reported were a University of Oklahoma student accused of sending racist messages, including some from a source called “Trump’s Disciples,” to black freshman at the University of Pennsylvania.

Trump said on Sunday he was “so saddened” to hear about racial slurs and personal threats made against African Americans, Latinos and gay people by some of his supporters.