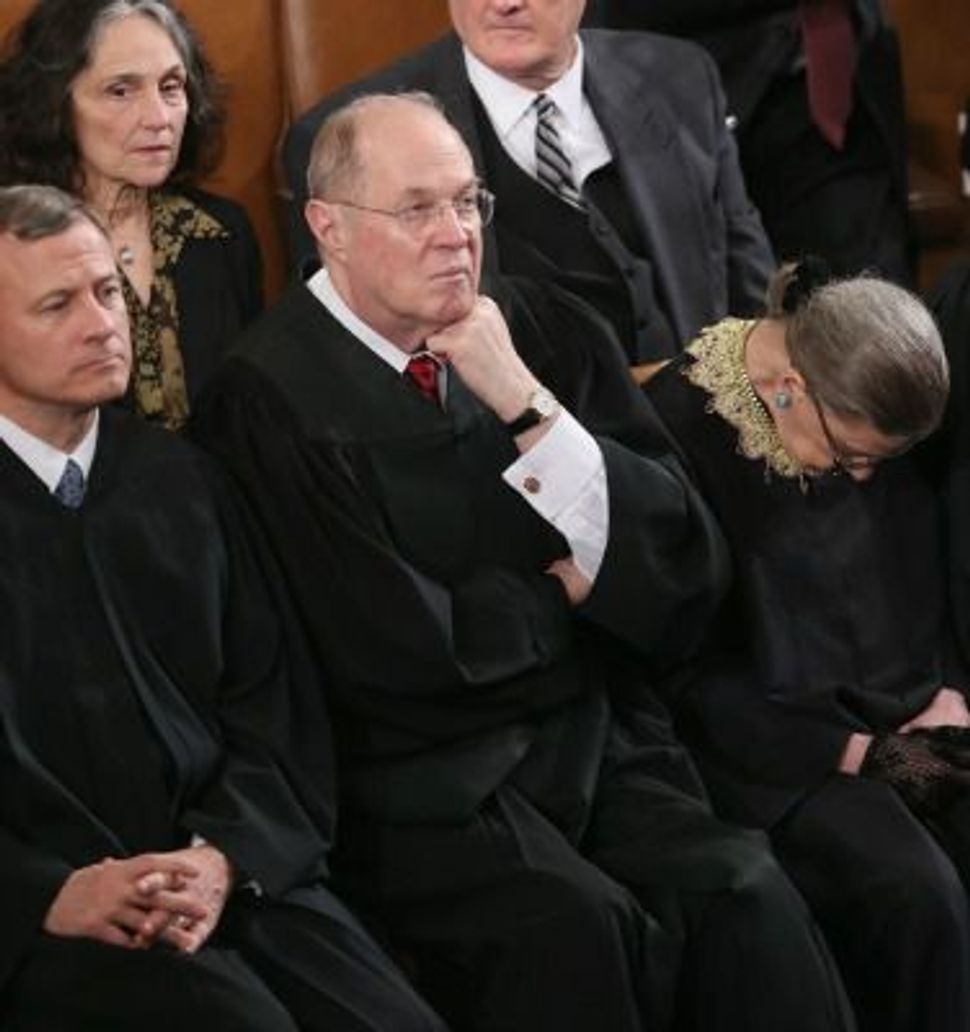 Anthony Kennedy, the Supreme Court?s justice in the middle. Image by Getty Images

The associate Supreme Court justice, speaking Monday at the annual Jewish Federations of North America General Assembly, was asked what the immediate impact of a Trump presidency would be.

“The most immediate, a vacancy will be filled,” she said. “Eight is not a good number. Perhaps the court will do some work.”

Her welcoming of a Trump appointment could be seen as a peace offering to the president-elect with whom Ginsburg clashed over the summer, saying he was unfit for office and calling him a “faker” with no consistent polices other than self-regard. She later apologized.

The Republican-led Senate has refused to consider President Barack Obama’s preferred nominee, Merrick Garland, who like Ginsburg and two of the other nine Justices is Jewish, for almost a year – a virtually unprecedented blocking in American history. Republican leaders have said they will not consider any Obama nominee.

Ginsburg, 83, might have retired during the coming presidential term had Hillary Clinton, Trump’s Democratic rival, been elected. That’s less likely now as Trump’s replacement of Antonin Scalia, who died earlier this year, will maintain conservatives’ 5-4 majority, and any replacement of a liberal judge will enhance the majority.

Ginsburg told the JFNA her Jewish upbringing helped inform her sympathies for the oppressed. She joked that her parents “got it right” when they settled on a Conservative shul after trying Reform and Orthodox congregations. She got whoops of applause when she said her granddaughter had visited Israel as part of the Taglit-Birthright program for young Jews.

She also appreciated her popularity among liberals who admire her outspokenness and who have dubbed her “Notorious RBG.”

She said the moniker was a natural one: Like the slain rapper, Notorious BIG, “we’re both born and bred in Brooklyn.”