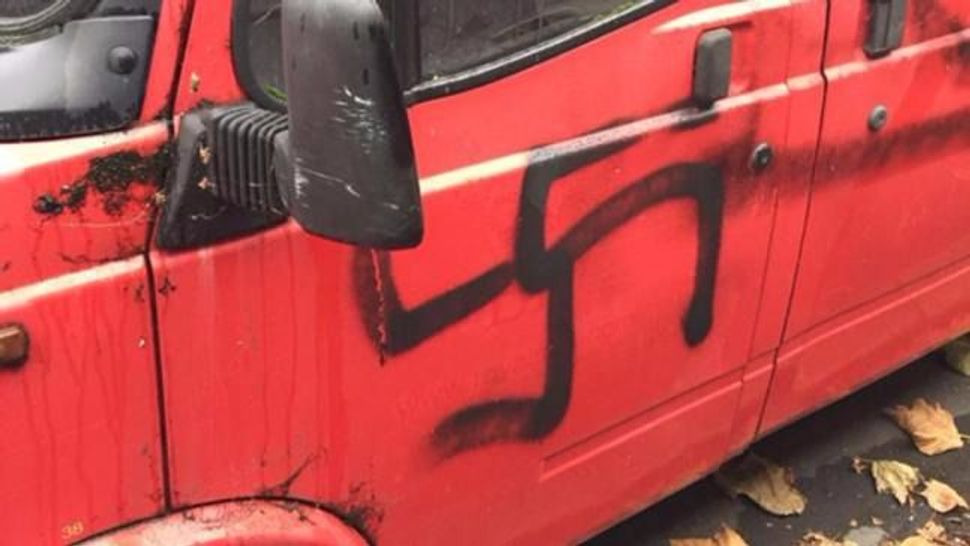 — Swastikas were painted on vehicles parked outside a Jewish school in a Hasidic neighborhood.

Police are investigating the incident in which swastikas and the phrase “f***| off” were found on vans parked outside the Beis Malka Jewish Girls School in the northern London neighborhood of Stamford Hill, The Standard reported Monday.

“Young schoolchildren and their parents were shocked to discover the offensive graffiti,” a representative for the Jewish neighborhood watch group Shomrim told The Standard. “Sadly, swastikas and anti-Semitic graffiti is far too common in Stamford Hill.”

The neighborhood has been the site of other recent anti-Semitic incidents, with an average of eight incidents there being reported to Shomrim every week, according to a recent study by the group.