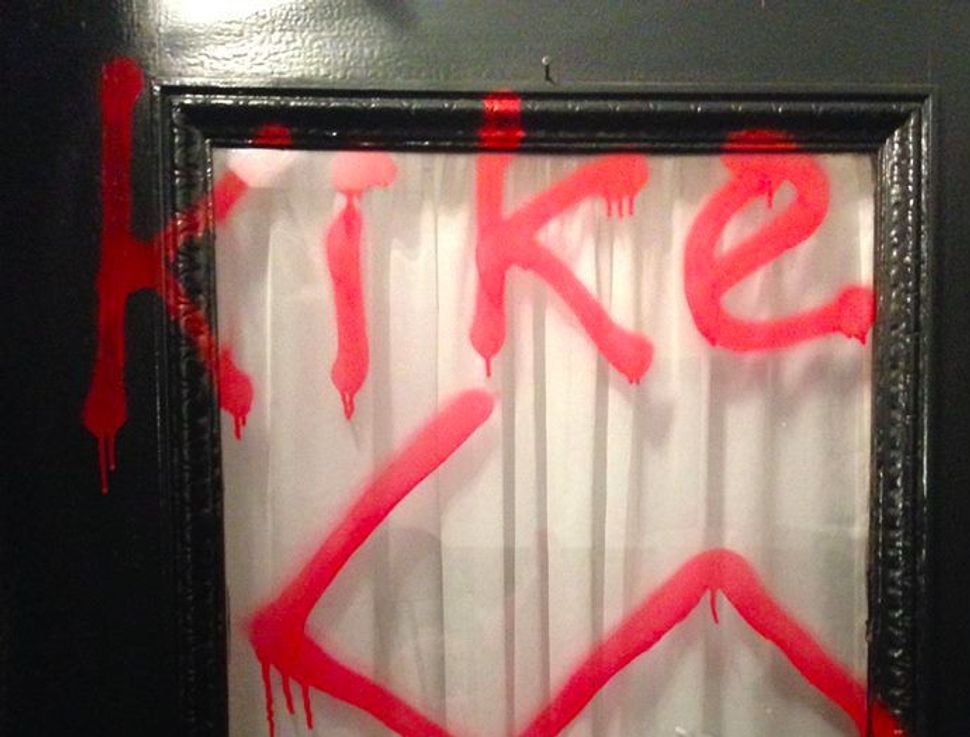 — A rabbi in Canada said the anti-Semitic graffiti spray-painted on the door of her Ottawa home was the result of feelings “unleashed” by Donald Trump.

A bright red swastika and the word “kike” were painted Monday on the home of Rabbi Anna Maranta. The home also hosts prayer services.

Maranta posted a photo of the graffiti on Facebook with the message “This. This is what has been unleashed by the American President Elect, and those that support him.”

Nothing in the graffiti mentions U.S. President-elect Donald Trump. A rash of hate incidents including swastikas has occurred in the United States since Trump was elected last week.

Maranta told the Ottawa Citizen that she has suffered “a lot of verbal abuse” in the past, generally related to her work as a social activist, “but I’ve never had anything like this before.” She called it “completely out of the blue.”

In Montreal, earlier Monday, a swastika was discovered on the wall of Hof Kelsten, an iconic Jewish bakery located a block away from the memorial site for the late Jewish-Canadian music legend Leonard Cohen.

“These attacks are a symptom of the larger white nationalist movement gaining ground and acceptance around the world, and unless we start upholding the laws that are supposed to protect Canadians from being targeted by hate crimes, this is a problem which is going to get worse before it gets better,” Amanda Hohmann, national director of B’nai Brith Canada’s League for Human Rights, said in a statement.